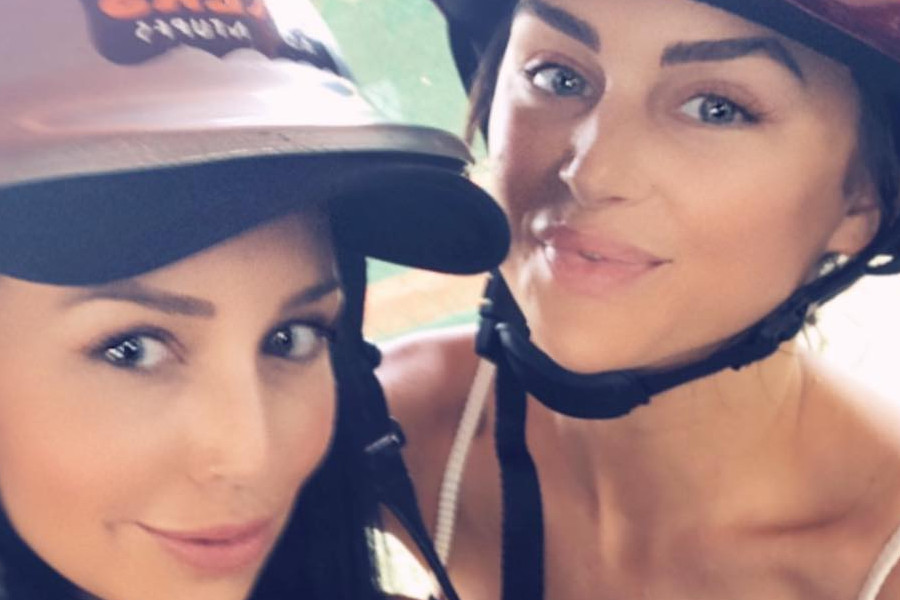 Vanderpump Rules star Scheana Shay is firmly Team Sandoval amid his dust-up with co-star Lala Kent. As fans know, Sandoval called Lala a ‘bad friend’ after she was caught on camera badmouthing Ariana Madix after Ariana admitted to having suicidal thoughts. TV Shows Ace reported that Lala took to Instagram Live last week to bash Sandoval and Ariana for their comments.

However, in Scheana’s experience, Lala can be “flip-floppy.”

VPR Star Implies Co-Star Says One Thing, Does Another

When the topic of Lala came up with Entertainment Tonight, Scheana held nothing back. The Good As Gold singer talked about her experience with Lala, whom she “loves,” despite their issues. According to Scheana, Lala “says one thing” to her face and “another thing” behind her back.

The VPR co-stars recently filmed a music video for Like a Boss together.

Had so much fun w my girl Lala acting like boss bitches to help promote the new #LikeABossMovie starring @TiffanyHaddish, @fullyRoseByrne, and @SalmaHayek!  Get your girls and get ready to laugh out loud 😂 Tickets on sale now – Girls’ Night Out advance screenings start TOMORROW, in theatres everywhere Friday. #ad 👯‍♀️ And don’t forget, season 8 of #pumprules is back tonight at 9!!! I’ll be live texting the premiere!! (310) 299-9324

Afterward, Scheana suggested they do another song together. While Lala agreed at the time, Scheana suspects that the former SUR hostess made fun of her idea later. Scheana said,

We’re literally sitting on set of the Like a Boss shoot and I’m like, we’re a good duo … [and] I was like, ‘I would love to do this more with you,’ and she’s like,’ ‘Yeah, yeah, we should…’ and I’m like, but the thing is, you’re gonna get home and make fun of me for suggesting this and nothing’s ever gonna come out of it. And nothing’s come out of it, so…”

Scheana also revealed her desire to team up with DJ James Kennedy again.

Scheana Credits Lala and James for Their Sobriety, Reveals What Got Her Through Filming

Any issues she has with Lala, Scheana says “bravo” to her friend for getting sober. As fans know, Lala has been sober for over a year. James recently celebrated nine months of sobriety.

However, Scheana doesn’t know how they do it. While she doesn’t drink, Scheana admits to smoking weed often before filming. She says,

“I don’t drink a lot, but I do smoke weed and that’s the one thing that helps me with my anxiety.”

Scheana had to film part of Season 8 completely sober for her egg retrieval procedure and it didn’t go well.

VPR Star Opens Up About Depression During Filming Season 8

Scheana revealed that she had to be completely sober – no drugs or alcohol – for her third egg retrieval procedure. As TV Shows Ace reported, Scheana is freezing her eggs to hopefully have a baby someday in the future.

Without marijuana to ease her anxiety, Scheana says she was overcome with depression and not in a good place. She says fans will see her meltdown later in the season. Scheana reveals,

I have a very vulnerable, probably one of my most vulnerable moments I’ve ever had on the show with Lala, and I’m not looking forward to seeing that.”

Scheana admits that filming completely sober took a “toll” on her. She expressed frustration that her co-stars thought jealousy over Dayna Kathan and Max Boyens dating was the reason for her behavior. However, Scheana says that’s not the case.

Watch the full ET interview with Scheana below.