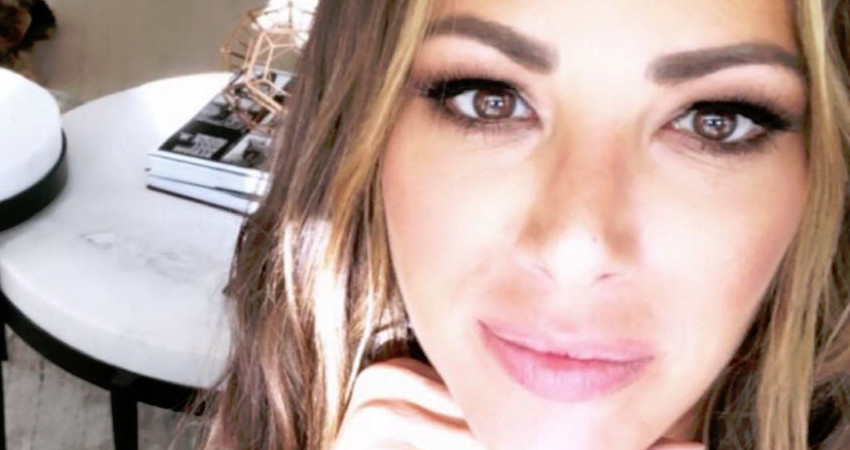 Vanderpump Rules star Kristen Doute is finally getting back out there. Months after her final split from Brian Carter, the James Mae designer has a new man in her life.

Her prolonged break-up was a major factor in the strain on her friendship with VPR co-stars Stassi Schroeder and Katie Maloney-Schwartz. TV Shows Ace reported last month that another VPR star, Scheana Shay, sided with Kristen. The two have become close pals, so much so that Scheana threw Kristen a surprise birthday party recently.

The VPR star began dating Carter (as she calls him) in 2016. Small parts of their relationship aired on the show but the couple started unraveling during Season 7. Kristen often vented to her co-stars about how Carter treated her.

During the Season 7 reunion, Kristen confirmed that the couple split up. However, once Season 8 began airing, viewers learned that wasn’t entirely true. Carter still lived with Kristen and she paid most of his bills. The on/off relationship was a source of aggravation for Kristen’s VPR co-stars.

It ultimately led to Stassi and Katie ending their friendship with Kristen. Reality Blurb reports that the friendship turned “toxic” after Kristen would vent to her co-stars and then go back to Carter anyway.

However, once Kristen bought her own home and moved out of the apartment she had been sharing with Carter, the split became permanent.

Over the weekend, Bravo host Andy Cohen did an Instagram Live with Kristen, BravoTV reports. At the moment, Kristen is staying with VPR co-stars Brittany Cartwright and Jax Taylor amid coronavirus self-quarantines. Andy asked if Carter was with them. Kristen immediately said he wasn’t.

She then dropped some surprising news on Andy: She has a new man. Kristen said,

“The boy that I’m dating is not in the country at the moment, so hopefully he makes it back.”

Since everyone else on VPR is getting engaged or married, Andy had to ask. But no, Kristen and her new man aren’t engaged, at least “not yet.”

The name of Kristen’s boyfriend, what he does for a living and pretty much anything about him remains a mystery. Except what he looks like. It turns out he was present at a surprise birthday party Scheana threw for Kristen. And it’s all on video.

VPR’s Scheana recently created a new YouTube channel where she will upload vlogs so followers can know more about her life. As TV Shows Ace reports, the Good as Gold singer is frustrated by her life outside of SUR not being shown on Vanderpump Rules.

At the start of the video, Kristen is seen standing next to a tall man wearing a green tie-dye t-shirt and jeans. He has his arm around Kristen. Tom Sandoval is standing on the other side of her new man.

The video then cuts to five long minutes of Scheana’s bulls–t. Kristen finally arrives at the party and is greeted by the mysterious man. As filming continues, he leans in for a kiss. You can watch the full video below.

Tell us in the comments what you think about Kristen’s new man. Be sure to check back with TV Shows Ace for all the scoop on all things VPR.