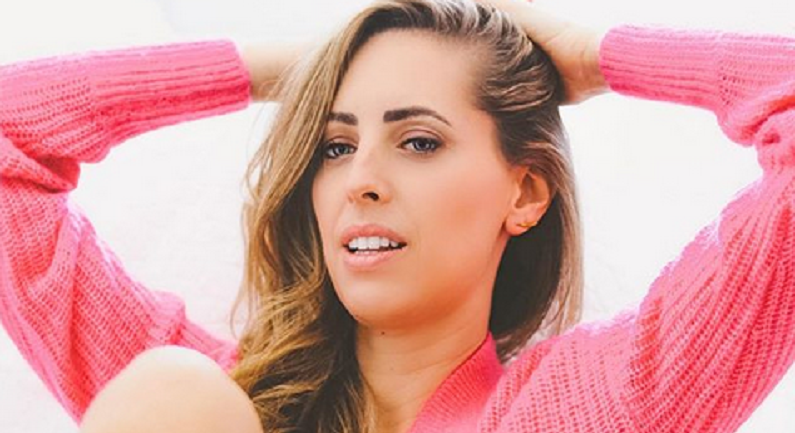 Below Deck was the most successful Bravo series out of the franchise. But fans didn’t like the raging misogyny that took place on Season 7 and were looking forward to something different. Below Deck Sailing Yacht looked promising at first until fans were subjected to Chef Adam Glick’s relationship with chief stew Jenna MacGillivray.

Fans have criticized the conscious coupling that took place on the high seas. Some feel that their relationship was too forced since this show isn’t as exciting as the others. Others sensed the lack of chemistry between the crew members. Regardless, the two still flirted heavily with each other, and quickly admitted that they were into each other. Jenna has now addressed her relationship status with Adam in an exclusive interview with Showbiz Cheat Sheet.

Jenna and Adam have done several press appearances together. She was even in the audience when he appeared on Watch What Happens Live with Andy Cohen. Despite the backlash, some Below Deck fans are curious to learn their relationship status. Jenna told Showbiz Cheat Sheet that she still talks to Adam to this day, but it’s only on friendly terms. She explained that their relationship is “complicated.”

“The most honest way to describe our relationship is super complicated,” Jenna admitted. “There will always been tons of feelings and emotions between Adam and I because of everything we’ve been through and continue to go through.”

Now Jenna and Adam are witnessing their behavior on Season 1 of Below Deck Sailing Yacht. Jenna admits that what she’s seen of herself isn’t pretty. She also made it clear that she’s not sure “what the future holds” for her and Adam. She works in Sault Ste. Marie, Ontario while Adam travels across the country in a van. He’s also been filming a new show called Stoked on Outside TV.

Jenna teased that she’ll be meeting up with Adam this coming weekend. But it’s not a date. The pair is joining their fellow crew members in Los Angeles. She’s hoping to see where their relationship takes them. It’s likely all will be revealed during the Below Deck Sailing Yacht reunion show.

Below Deck Sailing Yacht fans can’t stand watching Jenna constantly flirt with Adam. Twitter has been buzzing with viewers expressing their disappointment over the new chief stew. They feel that she spends more time in the galley than with the stews or guests.

Other Below Deck fans don’t like the way she treats the crew members. Fans especially noticed when Jenna was rude to second stew Madison Stalker, third stew Georgia Grobler, and deckhand Parker McCown. Some would say that she comes across as snobby or uppity. According to Monsters & Critics, Jenna is defending herself and has a special message for fans.

Jenna posted a tweet defending her behavior, even the moment when she made Georgia cry.

“I deliver a luxury experience to guests. The stews and I are coworkers, not peers,” Jenna wrote in a tweet that’s now deleted. “I am responsible for ensuring the guests are happy, and when people I supervise undermine that experience, I have no choice but to let them know they need to improve in regards to basic tasks.”

Below Deck Sailing Yacht fans have already spoken. They feel that Jenna MacGillivray is the worst chief stew of the entire Below Deck franchise. She’s even worse than Below Deck Season 1 chief stew Adrienne Gang. They haven’t warmed up to her like they did with Kate Chastain and Hannah Ferrier. When she’s not flirting with Adam, she’s rude to everyone else.

Jenna is definitely a real lady douche. Maybe her & Adam are perfect together. #BelowDeckSailingYacht pic.twitter.com/YqbRHMOPAK

Is it just me or is Jenna a horrible Chief Stew? Seems she’s more concerned about gossiping with Adam in the galley. She doesn’t teach her stews and bitches about how long they take doing turndown service etc. Just get her off the boat 🤦🏻‍♀️ #BelowDeckSailing #BelowDeckSailingYacht

Is it just me or is Jenna a horrible Chief Stew? Seems she’s more concerned about gossiping with Adam in the galley. She doesn’t teach her stews and bitches about how long they take doing turndown service etc. Just get her off the boat 🤦🏻‍♀️ #BelowDeckSailing #BelowDeckSailingYacht

@BravoTV below deck sailing. Jenna is the worst drying dishes to stay in the galley Worthies

Below deck sailing get that bitch Jenna out of the kitchen! This is ridiculous obviously the camera crew sees how lazy she is! They keep showing her in the kitchen flirting with Adam being mean to the girls! WTF? Turn this off

After being criticized for her behavior on the Bravo series, Jenna continues to stand up for herself. She’s defending her relationship with Adam, as well as the way she treated the crew members. It’s clear that Jenna is not well-received by Below Deck Sailing Yacht fans. They want her to do something else other than flirt with chef Adam, and to treat her crew members with respect.

What are your thoughts on Jenna’s relationship with chef Adam? Sound off below in the comments section.