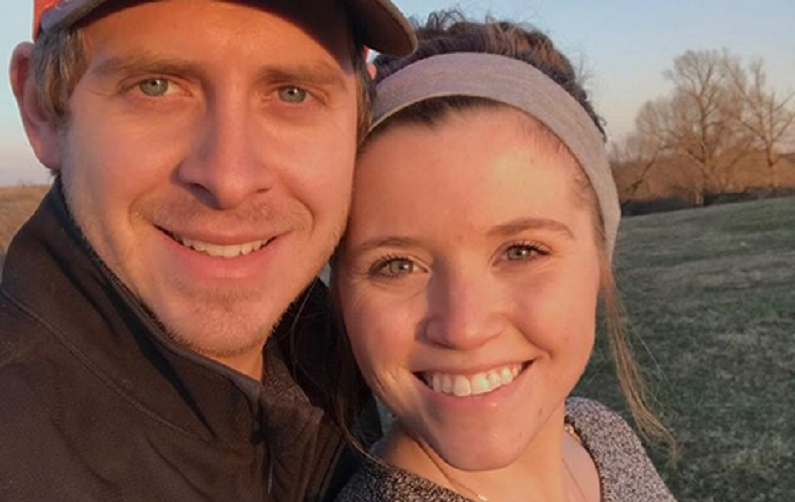 Austin Forsyth and Joy-Anna Duggar have a seemingly normal relationship. The couple has a son, Gideon, and want to expand their family. Austin took to YouTube to answer questions from fans about their marriage. That was when he revealed that he no longer takes Joy-Anna out on dates anymore.

That doesn’t necessarily mean that they lost the romance. They’re just focused on their marriage. Maybe they’re a little too focused on raising children and not enough on the romance. They also want to focus on their respective careers. Joy-Anna Duggar wants to develop her own online presence.

Both Joy-Anna Duggar and Austin Forsyth took to YouTube to host their own Q&A with fans. Some would say that the romance in their marriage is gone. The couple admitted that they rarely date anymore. Austin explained that he doesn’t feel the need to take his wife out on dates.

“We spend a lot of time together,” Austin said. “As far as like, a date night, where we find a babysitter and just Joy and I go out, I would say that we do it a couple of times a month.”

Austin added that they’re together every day. He’s aware that it’s not the same as taking his wife out on a date. But he feels that the reason why their marriage is so strong is because they treasure their quality time. Every moment is special and precious to them. Unlike most married couples, Austin and Joy-Anna spend more time together since Austin is self-employed.

The couple spends most of their time working together

This means less date nights for them. But it looks like they have as much quality time together as much as they can, even if it’s just riding in his truck together. The couple also spends a lot of time house flipping together. Even though Austin Forsyth has his own house-flipping business, Joy-Anna joins him on his ventures. They have worked on several projects together as a result.

“House projects are really good for couples to do together,” Joy-Anna admitted on a previous episode of Counting On.

In the episode, Austin showed Joy-Anna how to use power tools. He told TLC’s producers that she catches on quickly.

“If she doesn’t know how to do it, you can just show her real quick and she can figure it out and become better than you at it,” Austin said with a smile.

The couple has already built several homes to sell. They lived in a camper with Gideon as they worked on these projects together.

Joy-Anna and Austin want to have more children

Duggar fans want to know if Joy-Anna wants to have more kids. She addressed the topic of expanding their family. In their YouTube video, Joy-Anna revealed that the most popular question was if they want more kids, as reported by TV Shows Ace.

“Of course we want more kids,” Joy-Anna chimed in. “It’s just been a long last eight months after our miscarriage with Annabell and looking forward to what God has in the future, though.”

#Sisters 💕 There were never such devoted sisters!

TV Shows Ace reported that Duggar fans think she may already be pregnant. Jinger’s recent appearance in Arkansas could hint that the couple has something to celebrate. That secret celebration could be that Joy-Anna is pregnant. Duggar fans also speculated over the photo above of Joy-Anna with her sisters during Jinger’s visit.

Just because Austin Forsyth and Joy-Anna Duggar don’t have as many date nights doesn’t mean they’re not still in love. And it’s clear that they are.