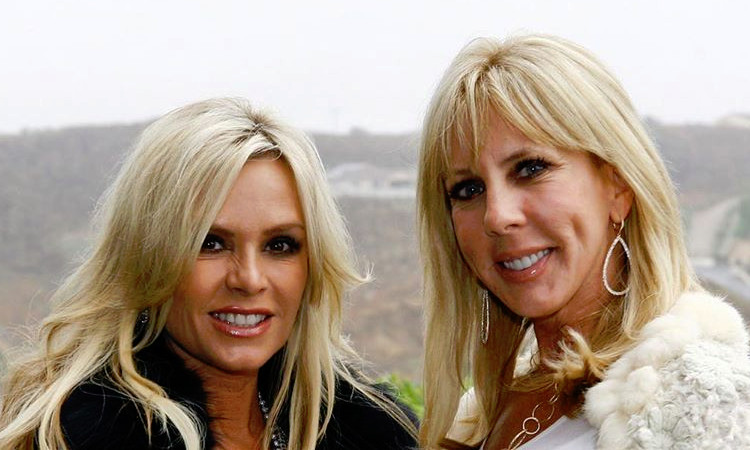 Nothing can keep The Real Housewives of Orange County stars Tamra Judge and Vicki Gunvalson down. Not even being let go (or choosing to leave, spending on what sources you believe) from the hit Bravo show.

The reality show vets teased a return to TV with similar posts on their respective social media accounts.

Season 15 of RHOC Recently Began Filming Without Them

Vicki was the first to throw in the towel and announce her exit from RHOC. Vicki was the last remaining cast member from the show’s first season. The OG of the OC, as she calls herself.

Tamra has been Vicki’s co-star on the reality show since Season 3. She announced her departure from RHOC a few hours after Vicki.

The pair have had their share of feuds, both with other cast members and each other. However, the two are currently on good terms.

Both reportedly left over displeasure at the reduced role offered by Bravo for the show’s upcoming Season 15. However, Tamra publicly cites needing to be with her family as a reason for her departure.

TV Shows Ace recently reported on the surprising, yet happy, news that Tamra has reconciled with her estranged daughter, Sidney.

What Do We Know About Tamra and Vicki’s New Show?

The short answer is: not much. People reports that the show is not connected to the Real Housewives franchise or Bravo.

In fact, the hashtag on both Vicki and Tamra’s posts alludes to leaving Bravo. #lifeafterhousewives could even be the name of their new venture.

In the photo, the two sit at a kitchen counter drinking wine. A film crew can be seen documenting the scene.

It was reported some weeks ago that neither Tamra or Vicki were allowed to appear on television outside of Bravo for the next year. However, if the new series is digital, that could be a way to get around a non-compete clause.

Sources say the former RHOC stars are having fun being in front of the cameras again. People writes,

“They’ve been friends for a very long time, so they have a lot of history. And there’s interest from fans in seeing them on screen again. It felt like the right move. ”

Who doesn’t have a podcast these days? The RHOC alum is throwing her hat into the podcast ring. Her new podcast, Whoop It Up With Vicki, debuts March 5.

She promises to “spill the tea” during the talkfest.

I'm going to spill the tea on March 5th, when my podcast "Whoop It Up with Vicki" finally premieres! Subscribe for free on Apple Podcasts! #whoopitup #spillthetea #podcasting

Let us know in the comments if you’d watch a Tamra/Vicki show or listen to Vicki’s podcast.

The Real Housewives of Orange County Season 15 premieres later this year. Check back with TV Shows Ace for updates.