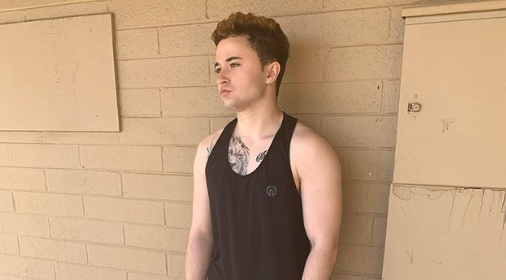 The legal issues are far from an end for the troubled Unexpected father, Max Schenzel. He has yet again been placed behind bars due to assault.

Max Schenzel And Trouble Are No Strangers

The records show that Max was booked in Maricopa County around 2 A.M. Thursday morning. The current charges look to be identical to his December charges, assault with injury. His pre-trial conference is scheduled for February 27th.

For those who are unaware, Max was arrested towards the end of December. He and Chloe Mendoza had gotten into an argument around 7 in the morning. The reports confirmed that an anonymous neighbor called reporting a man and woman yelling outside the residence. The report also said it was possible a child was nearby and the argument sounded both verbal and physical.

When two officers arrived at the scene, they could hear Max and Chloe arguing from inside the apartment. Once they knocked, Max greeted them at the door and told them Chloe had gone to the bedroom. The officers spoke with the couple separately. The officer who spoke with Max heard he and Chloe had a verbal argument about something he didn’t remember.

What happened this time?

This time around the arrest was very similar. The details are explained below.

The officer who interviewed Chloe wrote in the report that she had a swollen nose and brow with a distinct lump at the top of her nose. She also had a red line under her right eye, she was crying and had watery eyes as well, according to Starcasm.

Chloe went on to explain that the couple has been dating for two years and they share a daughter. She said they had been arguing about family planning in the living room when Max became angry and threw the phone. The phone struck her in the face above her nose, the indicated that the swelling on her nose and face had been a result of the assault. Chloe also denied hitting Max during the fight and said that Ava was there but was not hurt.

Max’s arrest in December, along with multiple other probation violations resulted in his probation being revoked earlier this month. His initial sentence included three months in jail for felony theft and he was scheduled to be back in court next month for a probation revocation hearing and disposition.