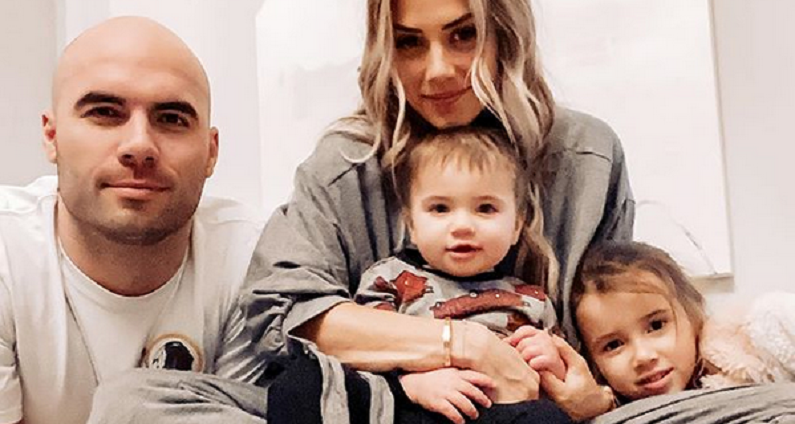 Jana Kramer and Mike Caussin had a difficult 2019. The couple was faced with separation rumors. Her husband even admitted to feeding her “constant lies” about his faithfulness. Now, the couple is giving fans an update on their relationship status. They announced that they want to “redo” their marriage and “rebuild” their broken family.

Mike and Jana had a revelation on New Year’s Day. Even though they have been working on their marriage for years, they want to do things differently this time around. The couple revealed that they want to spend more time together after their difficult holiday season. This revelation came after they enjoyed their New Year’s Eve together.

On Wednesday, Feb. 19, Jana Kramer posted this photo of herself with her husband, Mike Caussin. In the photo, she wears nothing but a black-and-white plaid flannel shirt. Meanwhile, the former NFL player is rocking a white robe. The two are seen smiling in the photo. Jana revealed that they took a getaway to work on their marriage. They even enjoyed their New Year’s Eve alone.

2 days away to connect, laugh, unplug and redo our New Years. (We even watched the ball drop). There’s nothing wrong with a redo and there’s no better time to rebuild than now. #rebuildingtogether #happynewyear

As per People, this post comes after the country singer posted a series of cryptic messages on social media. Jana wondered about her future with Mike. That’s understandable since she revealed she found a topless photo of  another woman on his smartwatch.

Before New Year’s, Jana posted a mirror selfie with the caption saying, “2019. Ur coming to a very interesting end.” The DWTS alum also removed the word “wife” and Caussin’s name from her Instagram bio, leading the separation rumors to swirl. She has since re-added both.

According to E! News, the couple enjoyed some much-needed quality time together. During their trip, they learned archery, embarked on a hike, and enjoyed the great outdoors. Jana posted this photo of herself holding onto her husband as he looked out to the scenery in front of them. She revealed that they climbed to the top of a mountain.

We made it to the top!!! I had lots of “Dear God, please help me through my anxiety and not let my head over power me”. I wanted to turn around but man would I have been robbed of this view and the feeling of making it. I’m starting to think now of all the things I’ve held myself back from …. I’m gonna force myself a little bit more to get outta my comfort zone for fear of anxiety. I’m sick of wearing that. It’s not mine and I don’t want it anymore! (Easier said than done BUT, I’m gonna try). I know I’m not alone with anxiety so whose with me? #babysteps

This couple’s getaway has given Jana a fresh perspective on life. Jana wrote that taking part in these activities has her thinking about “all the things I’ve held myself back from.” She wants to step outside of her comfort zone and face her anxiety head-on. The One Tree Hill star is tired of letting her anxiety hold her back from the things she wants to pursue. Fortunately, she has new projects on the horizon.

Jana Kramer takes on 2020 with a tour and new music

As per My San Antonio, the actress wants to kick off her podcast in a big way. She’s going on a tour this year. The first stop is San Antonio in March. Fans will get to see both Jana and her husband on the tour. Their promotional tour is for their podcast Whine Down with Jana Kramer and Michael Caussin, which is known for the couple’s fresh and funny approach to marriage, parenting, and life.

She also revealed in her interview with My San Antonio that she is releasing a new song come March or April. Jana and Mike have been working on several projects that they’re excited to release into the world. They’re trying to create as much as possible just to see what works. But the couple also wants to work on “being the best parents we can and try to provide for (our kids).” The six-show tour will start in San Antonio on March 6 at Tobin Center.

What are your thoughts on Jana Kramer and Mike Caussin “redoing” their marriage? Do you feel it could work? Sound off below in the comments section.