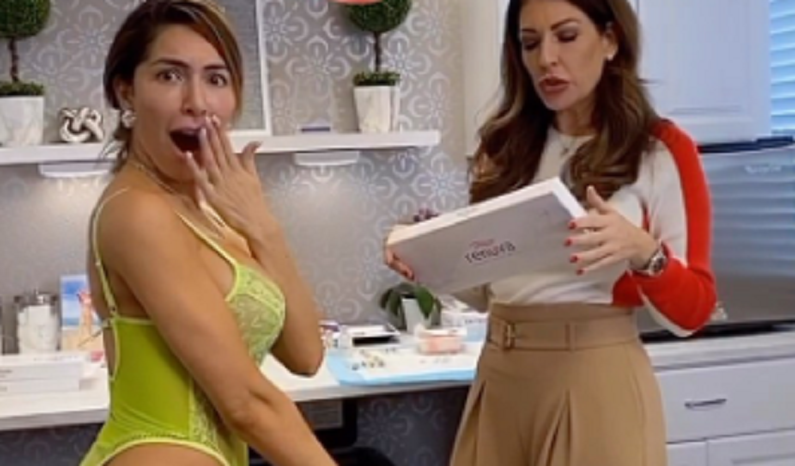 Farrah Abraham has been criticized for her bizarre parenting skills. As TV Shows Ace reported, rumors swirled that CPS investigated her life. Now, this is a claim that her parents deny. The Teen Mom OG alum is fighting back mad at her haters. She claims that they’re jealous.

She’s desperate to make these rumors go away. So, what does she intend to do? Farrah wants the focus to be on her new boyfriend instead. According to a new report, she tried to shift the focus by posting photos of her with a mystery man.

As The Hollywood Gossip reported, Farrah Abraham posted a photo of herself with the new guy on her Instagram stories. In the photo, the new couple enjoy drinks during their lunch. The guy in question appears to be Daniel Ishag. According to OK! Magazine, the couple spent some time together in Mexico. Farrah shared several photos from their romantic getaway. 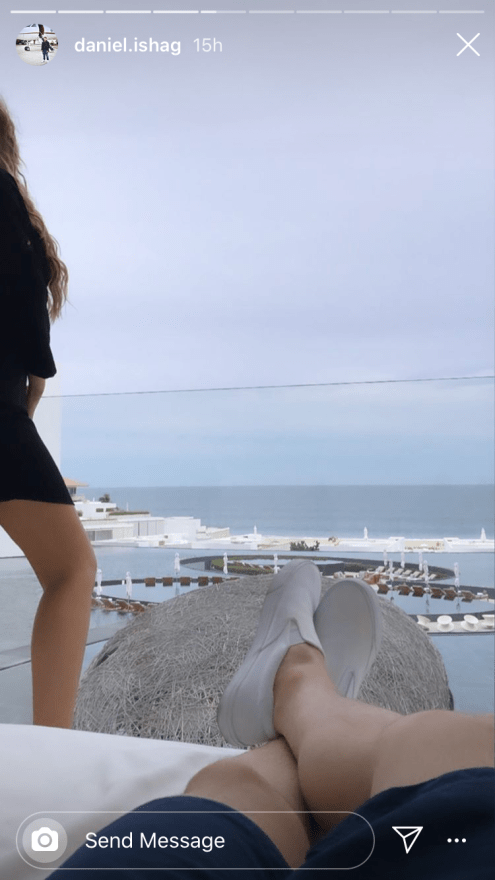 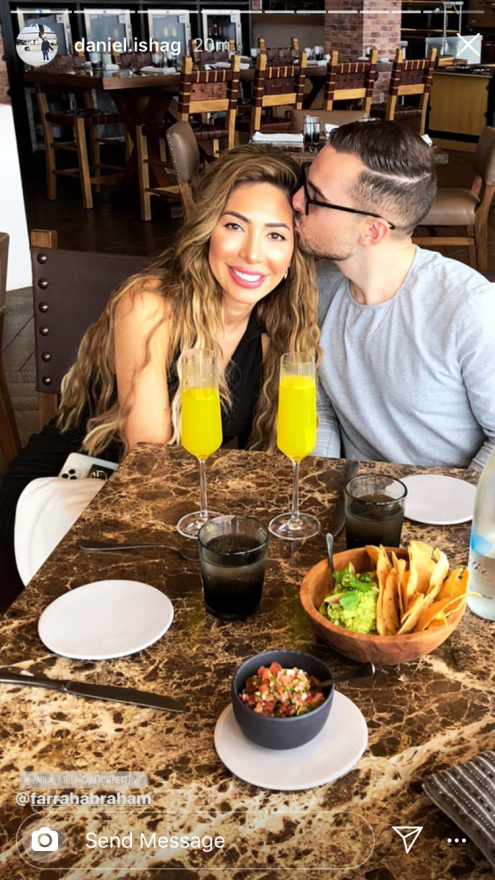 The couple hasn’t addressed the dating rumors. However, these new photos suggest that the two are more than just friends. Daniel is seen kissing Farrah, and she touches his arm in other shots. According to Farrah’s Instagram stories, the couple was also celebrating Daniel’s birthday. Daniel even shared on his own Instagram stories.

On Monday, Feb. 3, it was reported that the reality star was accused of leaving her 10-year-old daughter alone in Los Angeles while taking off with her new boyfriend. Sophia Abraham’s Instagram posts indicated she was on her own as her mother traveled to Mexico. Farrah’s parenting skills have been slammed for the past few weeks, as reported by The Hollywood Gossip.

Fans previously criticized her controversial social media videos that featured Sophia. They also accused her of taking her daughter along with her on some questionable trips. But this is the first time that Farrah has been accused of abandoning her daughter. Farrah responded to these allegations and claims that people are jealous of her love life.

In a statement to Champion Daily, Farrah addressed those claims. She did not reveal whether Sophia was in safe hands. Instead, she blamed social media and her haters for causing these rumors to swirl.

“We live a great life and are not affected by harassment of any sort and I will not tolerate unsafe illegal actions by others lying, stalking, or harassing my family,” Farrah said. “I see I need to post less on social media since cyber bullying and hate still have not been filtered out on social media.”

She went on to explain that Sophia has been away “from the evil people” and that people are “jealous of my dating life.” Farrah’s father denied the rumors and said he spent time with Sophia in Los Angeles over the weekend. Her followers noticed that she left for Mexico on Friday, and there’s no proof that an adult has been watching Sophia prior to Michael’s visit.

This comes after Farrah filmed a risque video of herself twerking with her daughter nearby. Fans claim that Farrah should improve her parenting instead of rushing to defend herself.

What are your thoughts on Farrah Abraham’s trip to Mexico? Sound off below in the comments section.