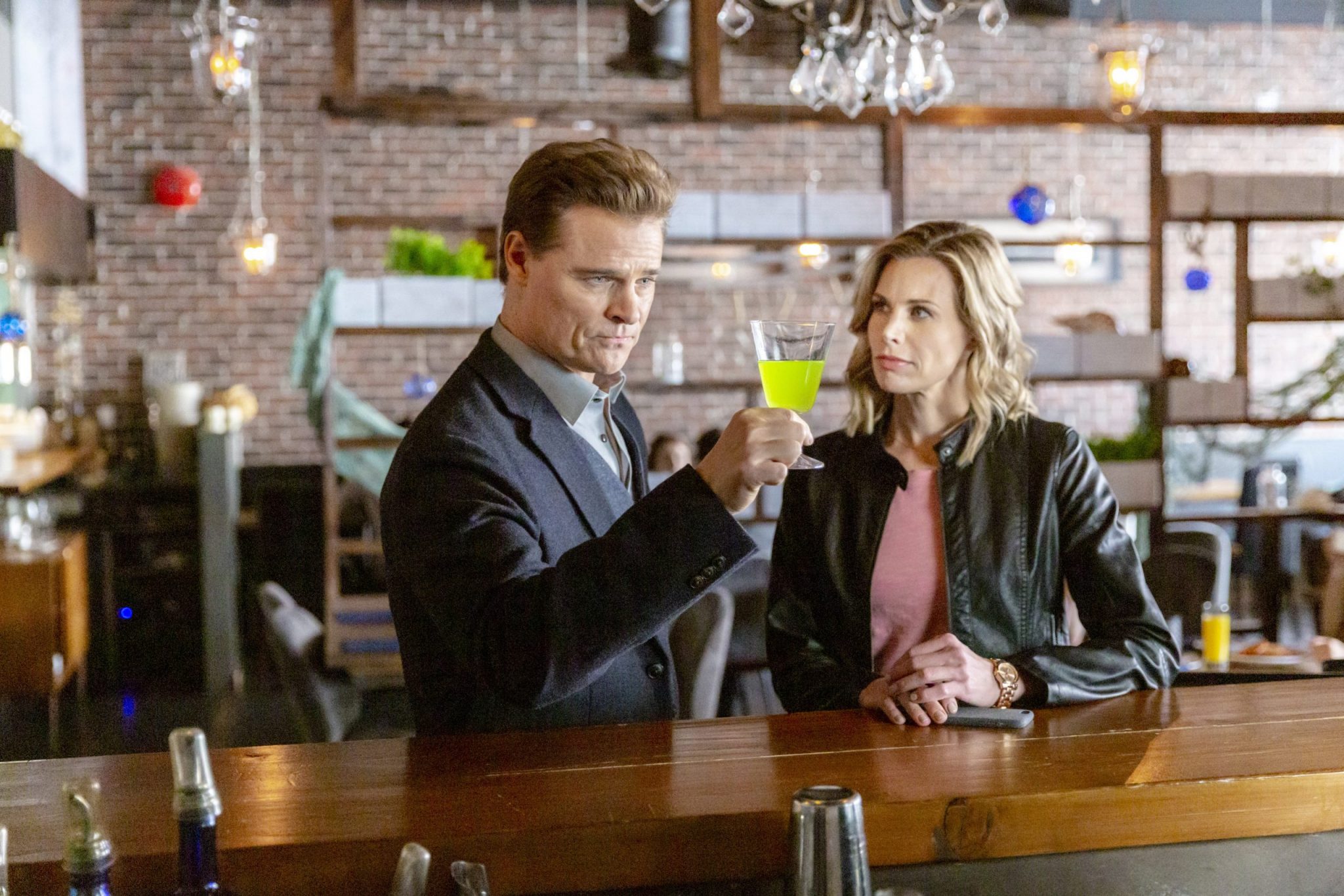 Gourmet Detective: Roux The Day star Dylan Neal shares that the return of this Hallmark mystery series is all because of fans. What should fans expect in the fifth episode of the popular mystery series starring Neal and Brooke Burns?

Can fan support help bring back a series? Last week, speaking to Cameron Mathison and Debbie Matenopoulos on Home & Family, Dylan Neal shared how the show returned because of fans. When Mathison emphatically reminded Neal that “after the fourth installment, you said it was done. It was over. They wanted more! ”

Dylan excited explained, “This is one of those fans saving a show thing.” Gourmet Detective fans should be very happy that their social media and viewing support clearly got Hallmark’s attention. So, what should they expect with this reward?

What Should Fans Expect In Roux The Day?

Dylan Neal shared that Henry (Neal) and Maggie (Burns) are now “in love and very much a couple.” Henry’s dad Jim (Bruce Boxleitner) is also back. In the latest episode, a San Francisco restaurant has a coveted “Chef’s Book.” This is not your ordinary cookbook. This is handwritten with notes and details from a chef. These are valuable secrets and details that help create culinary masterpieces. This particular Chef’s Book has been passed along for generations, so the recipes and trade secrets are generations old – and highly coveted.

This particular chef’s book was missing for a number of years, before it is set to be sold at an auction. Then, the book goes missing once again, but the person who finds it winds up getting murdered! Neal explains that “wherever the book goes, another dead body appears.”

Now, Henry and Maggie have to figure out what the secret of this book is before anyone else is murdered. Henry goes undercover, as does former police officer Jim. Could we see more father-son bonding in this new movie?

Will Murder She Baked Be Saved?

Now that Gourmet Detective has been saved, could another Hallmark Mystery series be saved too? Ironically, Cameron Mathison may have spoken to Dylan Neal about the Gourmet Detective being resurrected. But, there are a lot of fans that want to see his former mystery series with Alison Sweeney, Murder She Baked, return.

TV Shows Ace previously reported that at Christmas Con, of all places, Mathison was asked about the Murder She Baked series returning. Even with the popularity of Christmas movies, this mystery series is a fan favorite. And fans should feel hopeful. His response was a positive, ” I hope so.”

But, he shared that it will require that the stars align “in a perfect way.”

Mathison may be delicately pointing out that he has a very busy schedule including Home & Family, and Alison Sweeney has a new mystery series, The Chronicles Mysteries. She has shared that she “loved playing Hannah.”

Yet, she clearly loves working on this original series that she is part of. Then the question would be whether Hallmark would be willing to have her star in two different mystery series. Could fan support help resurrect this show as well?

Be sure to check back with TV Shows Ace for the latest Hallmark news. The Gourmet Detective: Roux The Day premieres on Sunday January 19 at 9 p.m. Eastern time. TV Shows Ace has shared the various encore times throughout January and February.