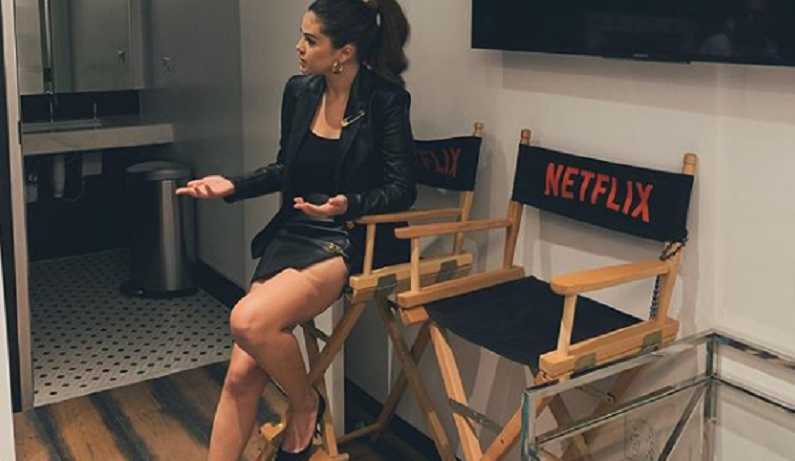 Selena Gomez just released her second solo album, Rare, on Friday, Jan. 10. Even though she’s really happy with her new album, she would love to get back into acting.  Long before she became a pop star, she was an actress on the Disney Channel. She got her start on Barney & Friends, Wizards of Waverly Place and Hannah Montana.

She’s one of the most popular singers to this day. But there’s one profession that’s still in the back of her mind: acting. Gomez expressed an interest in television. In an interview with the Wall Street Journal magazine, she revealed that she’s missed acting. She can’t get acting gigs due to her baby face and personal life.

“I want to do movies so bad. I want to do TV so bad,” she admitted. “I find that I look too young most of the time, or people can’t separate the two [Gomez from the character she’s playing], which bums me out. I continue to audition and I just have to wait for whatever my time is.”

Last year, Gomez became the executive producer of Living Undocumented, a Netflix docuseries that follows immigrants and families living illegally in the U.S. Gomez took the project on personally since her paternal grandparents were illegal immigrants from Mexico.

She’s also the producer of 13 Reasons Why, another Netflix series that addresses tough topics such as bullying, mental health, sexual assault, and teen suicide. In the interview, she revealed why she loves taking on such a tough project.

“I love being in a room with people and having an opinion and being respected. It feels good when someone listens to what I have to say.”

Selena Gomez is “1,000% down” for ‘Wizards of Waverly Place’ reboot

Last month, the “Look at Her Now” singer asked some of her fans’ most pressing questions during a radio interview in the UK. One fan asked the pop star about the possibility of a reboot for her Disney Channel show, which ended in 2012. The 27-year-old said that she’s totally on board with the idea.

The popularity of Disney+ has led to the revivals of Hannah Montana, Lizzie McGuire, Home Alone, among others. With the increase in reboots and revivals, the idea of Wizards of Waverly Place may not be out of the question.

She wants to do music on her own terms

But for now, Gomez will focus on her music career. She’s much more comfortable with having control over her projects. Before this album, most of her music was made for her. She has since taken back that control and it feels good.

She now refuses to make “overly sexual” music videos. During her iHeartRadio album release party on Thursday, Jan. 9, she revealed that she’s embarrassed of her “Hands to Myself” music video. She was uncomfortable to see the video playing with her 6-year-old sister, Gracie, by her side.

“I told my sister I will not be doing videos like that anymore. It’s not really necessarily, in my opinion,” she admitted.