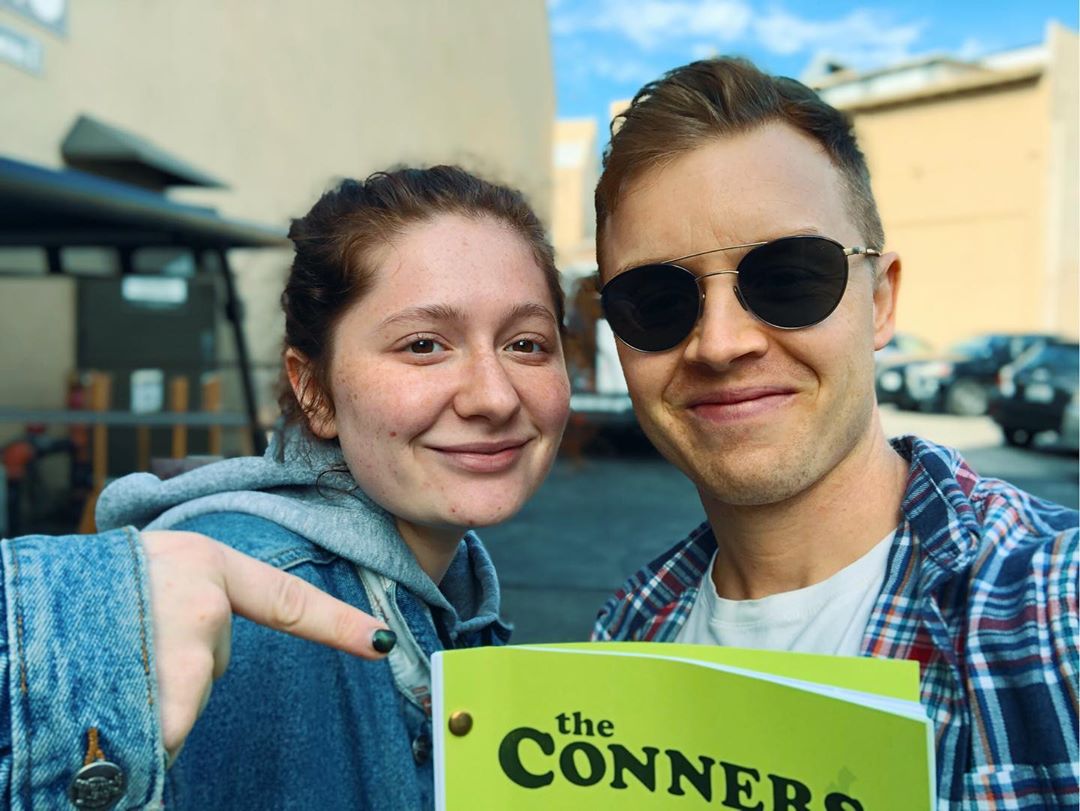 Those who have enjoyed Noel Fisher returning to the cast of Shameless rejoice as he will also be joining his co-star Emma Kenney as a member of The Conners cast.

How are Emma Kenny and Noel Fisher connected?

Emma Kenney plays the role of Debbie Gallagher in the Showtime hit series Shameless. Noel Fisher plays the role of her older brother Ian’s boyfriend Mickey. Kenney also plays the role of David and Darlene’s daughter, Harris. Turns out, Fisher is going to be spending even more time with Emma as he’s landed a role in the ABC series as well.

Who is he playing in The Conners and will he become a regular cast member?

As TV Line reminds us, the duo had two children together. A son named Ed and a daughter named Angela. Those who watched the original Roseanne will likely remember him being referred to as “Little Ed.”

Little Ed is not little anymore.

Turns out, little Ed is no longer little. Instead, he’s in his 20’s. He’s a college graduate and he doesn’t have the best relationship with Dan. Fisher’s character “harbors some resentment towards his older brother for not helping care for their octogenarian dad.”

For now, Fisher will at least be an occasional, reoccurring member.

Tv Line confirms Fisher will appear in two episodes of the series. The first episode will air next month.

News that Shameless star Noel Fisher would be joining the cast came just hours after ABC revealed they would be airing a life episode of The Conners on February 11th.

According to the official synopsis of the episode, viewers “will find Mark watching the results of the primary for a school report with Harris, who is apathetic to the electoral process and believes money’s influence in politics means real change is impossible. The rest of the Conners share their differing takes on why they all think everyone should vote, including their working-class perspective that you may have to vote for a candidate you don’t love but one that will ‘screw you the least.’”

Season 2 of The Conners will pick back up at the end of the month on January 21.

Are you excited to see Noel Fisher join The Conners cast with Emma Kenney? Sound off in the comments down below.