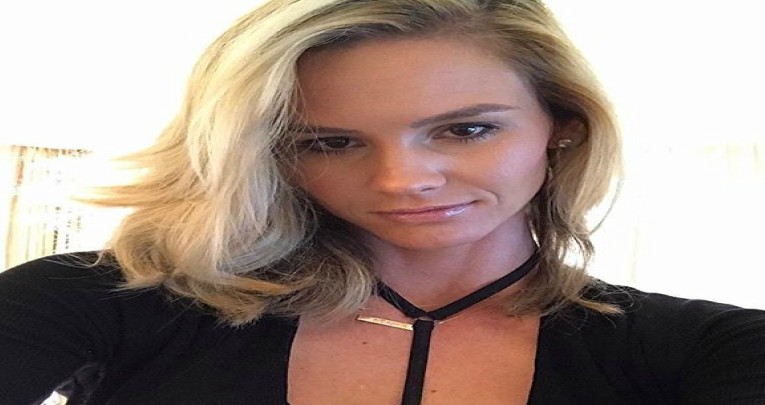 In December, Meghan announced she would be co-hosting a podcast with former Dancing With The Stars host Brooke Burke.

Announcement! 🚨 🚨 Brooke and I are so excited to announce that we are cohosting an incredibly raw, introspective, emotional, funny, and downright REAL podcast: Intimate Knowledge, premiering January 6. I’m so proud to share this project with all of you – it’s kinda like an expanded version of my blog come to life! @brookeburke #intimateknowledge @iheartradio

Brooke recently went through a divorce herself. The actress was married to Baywatch actor David Charvet for seven years. Meghan was married to baseball player Jim Edmonds for five years.

TV Shows Ace reported in October that Jim filed for divorce from Meghan the day after their fifth wedding anniversary. The estranged couple faced a difficult year before the split.

Jim was caught sending illicit texts and videos to another woman in early 2019. It was revealed that some of those messages were sent while Meghan was in the hospital giving birth to the former couple’s twins.

Rumors quickly started surfacing after the split that Jim had another affair. This one allegedly was with the children’s nanny. Arguments between Meghan and Jim are reportedly what led to the divorce filings.

Both Jim and the nanny deny any inappropriate relationship.

During Podcast, Meghan Says She Would Never Cheat

A hotly debated topic is what is considered cheating and what isn’t. For some couples, anything more than kissing is cheating. For others, the interaction doesn’t have to be physical to be cheating.

Meghan falls in the latter category. She reveals on the podcast that the situation with Jim sending text and pictures to another woman was cheating. She went on to explain that it led to a strained marriage.

One thing Meghan struggled with was how her own sense of loyalty stops her from cheating. According to People, Meghan said,

“I’ve been compromised in relationships, and I’ve never cheated. To me, it’s very simple and easy to stay loyal.”

The conversation about cheating got started when Brooke admitted to cheating on a partner. However, she also said she’s been cheated on in the past and sees both sides of it. She refers to her first marriage as a “s**t marriage” while calling another a “faithful and monogamous” one.

Her marriage to David was her second marriage.

Us Weekly reports that another topic of this week’s podcast was circumcision. Meghan revealed that her twin sons were circumcised shortly after their birth. And she has some regrets about it.

The former RHOC star blames “societal pressures” for the decision. She further stated that it makes her “sad” that the surgery was done on her sons.

The Real Housewives of Orange County recently wrapped up its 14th season. TV Shows Ace reports that Meghan would be open to coming back for Season 15. She left the show after Season 12 to spend more time with her family.

She may have a shot at returning. Reportedly, a cast shakeup is coming and all of the current stars are on the chopping block.