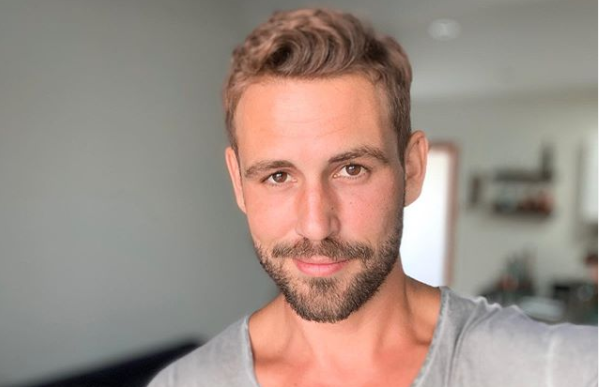 Rachel Bilson and Bill Hader had a rumored fling going on, until the Golden Globes. Nick Viall‘s reaction to their debut Sunday night can only be described as perfect.

“It makes it easier since I’m such a Barry fan,” Viall commented on The Morning Toast’s Instagram post of the couple.

Bilson and Hader, who had been nominated for his role in Barry at the Golden Globes this year, walked the red carpet together on Sunday. This debut came two months after the two were spotted together in Los Angeles. The rumors of romance were fueled when they were seen again at a Starbucks in Hader’s hometown on December 21st.

Rumors of a romantic fling between Viall and Bilson hit headlines last summer when she appeared on his podcast, “Viall Files.” Some flirty exchanges on Instagram added fuel to the fire. Both Viall and Bilson denied the rumors, claiming to just be friends, according to Bustle.

“We’re just friends. We’ve always been friends. He’s a really nice guy,” the actress said in December. She noted that their remarks on social media were nothing but them messing around. After Viall’s reaction to Bilson’s new man, that seems to be the case.

It’s doesn’t spell what you think it spells

Bilson Thinks Nick Should Take His Chance On The Bachelor Again

At that time, she also mentioned that Nick Viall should consider being The Bachelor again. Viall had spent two seasons on The Bachelorette and a stint on Bachelor in Paradise and was named the 21st Bachelor. He proposed to Vanessa Grimaldi, but the couple split in August 2017.

According to Us Weekly, Bilson said that Viall is very entertaining, she even enjoys teasing him about it. But she doesn’t believe he would ever do it.

Nick Viall attended his first Golden Globes with Demi Burnett, another Bachelor Nation star. The pair had become very close over the past year, appearing on each others social media pages and hanging out numerous times. So obviously, this sparked some rumors of a romance between the two. But they’ve each made it clear that there is nothing romantic happening between them.

“I’m not dating Demi,” Viall said back in November. “I’m certainly hoping to settle down when the right person comes. But I’m not trying to put pressure on myself.”

Viall still appears to be single, but he’s still got his sense of humor. His love life aside, his interest in Barry doesn’t look to be going anywhere any time soon.