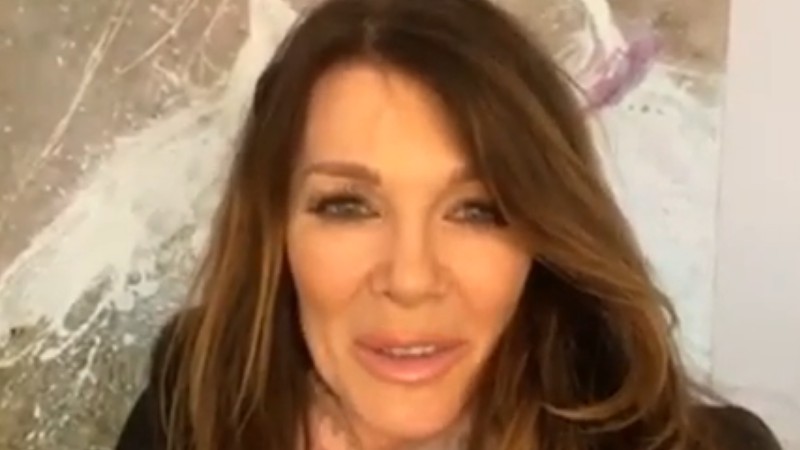 Vanderpump Rules star Lisa Vanderpump’s year is off to a smashing start. On Sunday, January 5, a car plowed into the patio of one of the restaurant maven’s West Hollywood eateries.

Lisa owns L.A.-area restaurants SUR, PUMP and TomTom. Next door to PUMP, SUR is where the majority of Vanderpump Rules is filmed.

Forget Brunch with Billie. Sunday diners at PUMP got their brunch served with a side of Ferrari.

The sports car’s driver reportedly swerved to avoid a stopped car and lost control. Radar Online reports the driver wasn’t hurt, but one woman in the restaurant suffered cuts and bruises.

Lisa seemed to take the accident in stride.

The former RHOBH star posted a photo of the car after it crashed through the window. She made light of the situation with her caption of the photo.

“No. We are not a Drive-Thru,” Lisa wrote alongside several photos of the accident. One photo taken inside the restaurant shows shattered glass strewn across a table and the floors.

According to Radar Online, the driver wasn’t under the influence or arrested. His car wasn’t too damaged; he was able to reverse his car out of the window after speaking with the cops.

No. We are not a Drive-Thru. Thank God no one was hurt…

During her appearance, Lisa weighed in on Jax unfollowing his co-stars. She also gave her thoughts on the chances of the ‘Witches of WeHo’ becoming friends again.

In a fan question segment, a fan asked which Real Housewife, from any franchise, Lisa would choose to be locked in a room with and what would they discuss.

The PUMP owner chose Bethenny Frankel. However, she jokingly said that she “wouldn’t get a word in edgewise” in a room with Bethenny. Coincidentally, Bethenny also quit RHONY in early 2019.

As fans know, Lisa chose to exit The Real Housewives of Beverly Hills after falling out with her co-stars over Puppygate. Vanderpump Rules is the only Bravo show Lisa currently appears on, though there are rumored spin-offs in the works.

Another fan asked Lisa if she thinks Kristen Doute and Stassi Schroeder can repair their friendship. At first, Lisa begged off the questions by saying she “doesn’t get on” with Kristen.

However, Lisa noted the former BFFs have a long history and that she’s “hopeful” they can repair their friendship. She also said it would be “a shame” for a long friendship to end, which has shades of what happened between Lisa and Kyle Richards.

Lisa was then asked about Vanderpump Rules star Jax Taylor unfollowing his castmates. She chose not to answer the question. According to Lisa, the unfollowing is a topic of the upcoming season and she would get in trouble for giving away the answer.