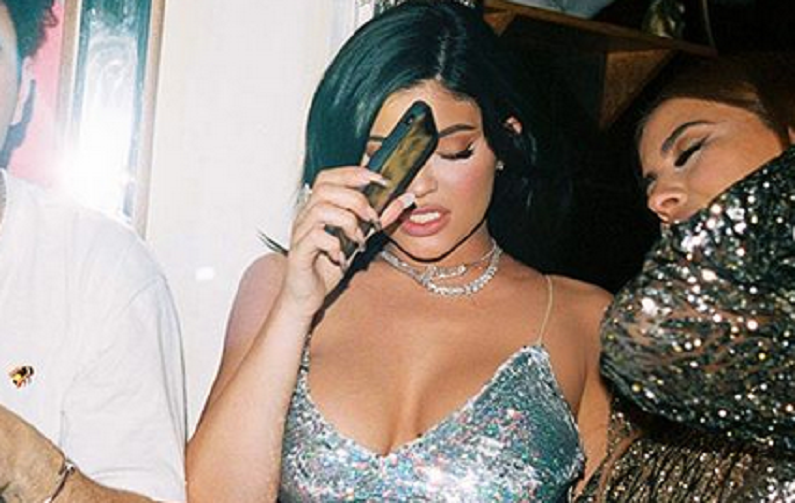 Kylie Jenner is getting backlash again. As TV Shows Ace reported, older sister Kim Kardashian was accused of blackface when she appeared on the cover of a magazine. Now her little sis is the latest social media target.

She debuted a new hairstyle in an upcoming photo shoot. The Keeping Up with the Kardashians star posted the image on Friday, Dec. 3. She deleted the photo after receiving backlash. Of course, no one has forgotten.

Kylie Jenner shares new photo with twists in her hair

The 22-year-old shared the below photo of herself wearing twists, overlined lips, and dark eyebrows. Some fans accused the beauty mogul of trying to look like a black woman. The hairstyle itself is questionable enough since it’s a protective style that’s common in the black community, as reported via People.

She removed the photo. But the Morreli Brothers posted it to their Instagram account. They’re the photographers behind the new photo shoot.

“Happy New Year People!” the Morelli brothers posted in the photo, including the hashtag “#GwenStefani.” The hashtag means that Gwen Stefani is the inspiration behind Jenner’s new look. Ironically, the No Doubt front woman has also been accused of cultural appropriation in the past, as revealed by Femestella.

This controversy comes after she became the family’s most popular Instagram celebrity. She now has over 156 million Instagram followers, according to a report via The Sun. To commemorate the moment, the lip kit founder posted a photo of herself wearing a gray curve-hugging dress and a neon yellow wig. She was probably hoping this latest photo would take the heat off her recent brush with cultural appropriation. Little does she know, wigs are commonly used in the black community.

Jenner was first called out for cultural appropriation in 2015. Hunger Games actress Amandla Stenberg called her out for using black culture to her benefit. Jenner wrote in the caption: “I woke up like disss,” a line that’s featured in the song “Flawless” by Beyonce.

“When u appropriate black features and culture but fail to use ur position of power to help black Americans by directing attention towards ur wigs instead of police brutality or racism #whitegirlsdoitbetter,” Stenberg commented.

“Mad if I don’t. Mad if I do.. Go hang w Jaden or something,” Jenner fired back, referring to her ex-boyfriend Jaden Smith, who took Stenberg to prom that year.

Unfortunately, the reality star hasn’t learned anything from Stenberg’s comments. Some critics would say that she missed the point. She failed to turn her mistake into a learning experience.

What are your thoughts of Kylie Jenner’s latest photo? Sound off below in the comments section. Don’t forget to check back with TV Shows Ace for the latest news on the Kardashian family.