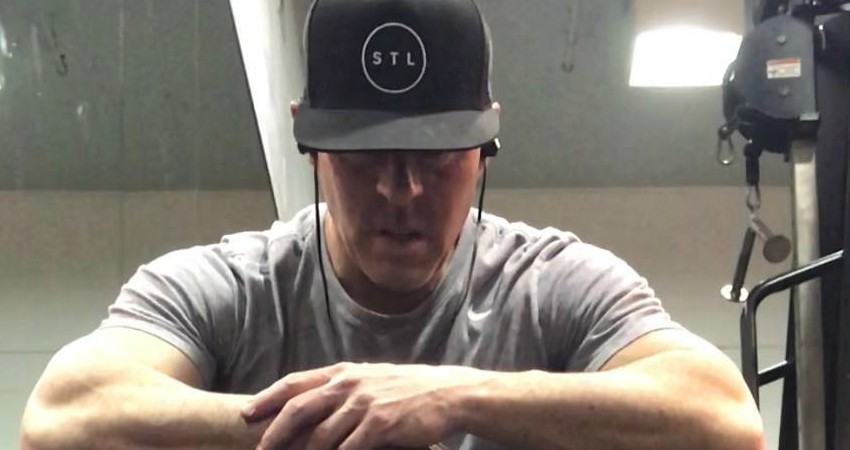 The Real Housewives of Orange County estranged couple, Jim and Megan King Edmonds seem to be ready to move on. The pair split in October after five years of marriage and an earlier sexting scandal.

After a tense late 2019, that included several police calls, Meghan and Jim separately speak on what their futures hold.

Fans may recall that Jim called the police on Meghan because she went out drinking with friends. In fact, he notified the cops before Meghan even arrived home. The officers ultimately deemed Meghan fit to take care of her children.

BravoTV’s The Daily Dish reports that Jim chose to ring in the New Year with a gym selfie. The former baseball player wrote a lengthy caption that alluded to the split and resulting media coverage.

Marking the day as “day one of trying to start over,” the former RHOC husband referenced the rumors that he cheated on Meghan.

Jim strongly denies any inappropriate relationship with his children’s nanny. Part of his caption said,

I will not allow the lies and false accusations to bring me down ever again.”

Day one of trying to start over (yes it took me this long). I allowed my situation to get the best of me, but I will not allow lies and false accusations to bring me down ever again. I’m finally back in the gym and trying to get myself together. The struggle is real for all of us… me included! Thank you to everyone that supported me. #onedayatatime #support @archapparelstl

The RHOC alum didn’t wait for 2019 to be over before looking forward to 2020. With a week left in the year, Meghan posted an enthusiastic photo of herself on the streets of L.A.

Meghan moved back to California after her split to be closer to her son’s doctors. As fans know, Meghan and Jim’s son, Hart, was diagnosed with irreversible brain damage in early 2019.

With a hashtag #futuressobrightIgottawearshades, Meghan expressed hope for the new year. “I’m gonna manifest the s**t outta all the good stuff” coming her way she captioned the shot.

I’m gonna manifest the shit outta all the good stuff that’s gonna happen to me in 2020. Who’s with me? 🙋🏼‍♀️#futuresobrightigottawearshades

Meghan announced last month that she had a podcast in the works for the new year. Teaming up with Brooke Burke, Intimate Knowledge is an “emotional” and “raw” introspective on marriage and divorce. Brooke recently went through her own divorce from actor David Charvet.

The podcast’s first episode airs January 6. Us Weekly shared an exclusive clip from the podcast. In the clip, Meghan discussed what she’s looking for in a future partner. She says,

I just want somebody who’s supporting me and isn’t jealous or trying to suppress.”

Is Meghan implying that Jim was jealous and trying to suppress her? She did call him emotionally abusive and controlling in a recent blog post.

Regardless of her implications in the podcast, both reality stars are seemingly ready to move on.

The Real Housewives of Orange County just wrapped up Season 14. TV Shows Ace reports that Meghan reached out to Bravo exec Andy Cohen about returning to the show. Given that all of the current cast is on the chopping block, it’s possible Meghan will get her orange back.

Check back with TV Shows Ace for news on RHOC Season 15.