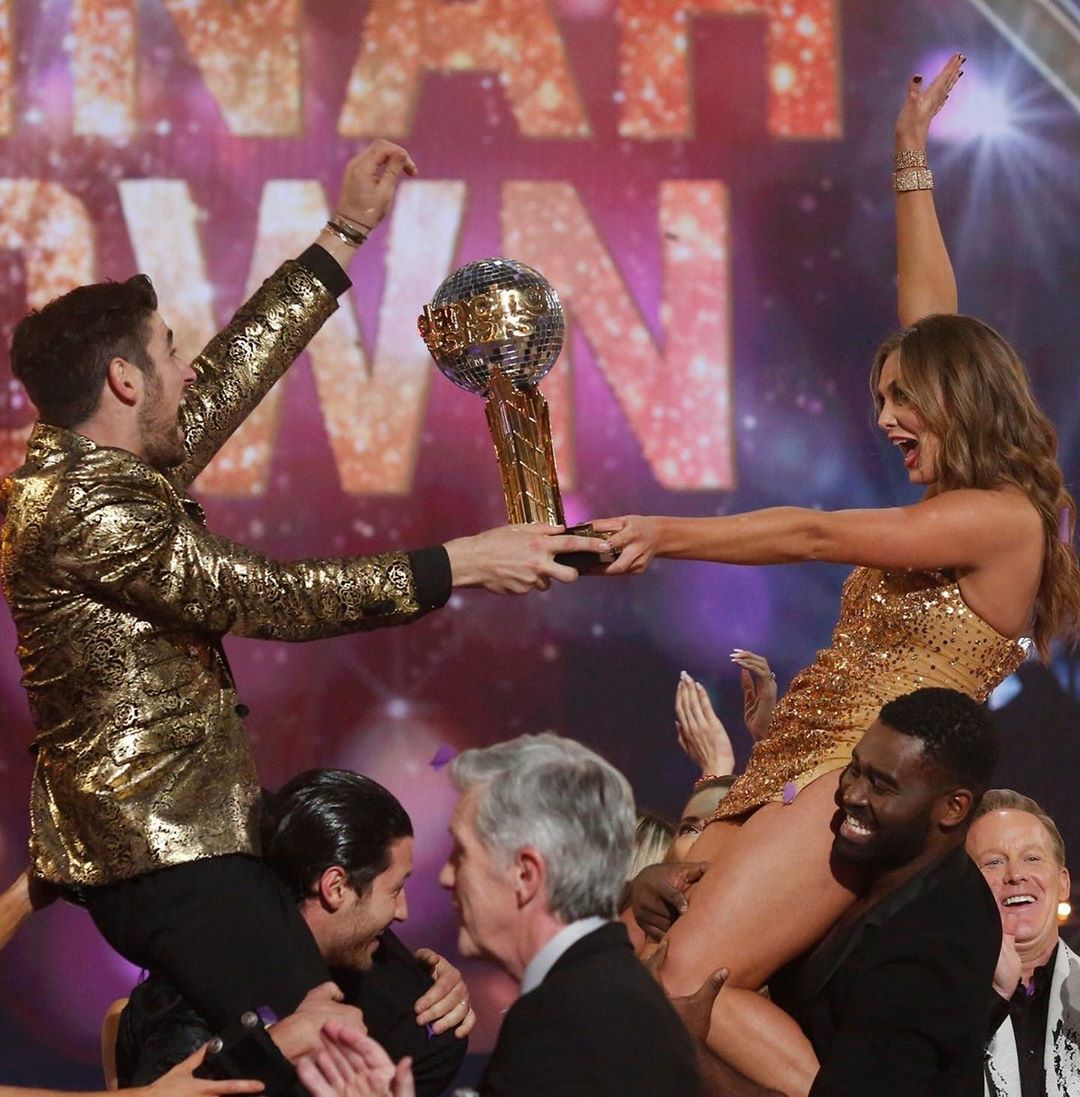 This season of Dancing With The Stars might be over, but Hannah Brown and Alan Bersten have developed an everlasting bond. In fact, Bersten made a really sweet gesture in honor of his DWTS partner for the holidays.

With his gesture, Alan made sure the duo were able to spend Christmas 2019 together. At least, in spirit.

Alan Bersten put a Christmas ornament featuring himself with Hannah Brown on his tree.

Bersten took to his Instagram Stories to share an up close snapshot of his tree with his followers. What he really wanted everyone to see was the silver Christmas ornament dangling from the tree that looked like a disco ball. The ornament featured a circular photo of himself and Hannah Brown.

Hannah teasingly reacted to the sweet ornament on her own Instagram Stories.

A little less than 24 hours ago, Hannah Brown took to her own Instagram Stories to react to Alan Bersten’s sweet gesture. Initially, she poked a little fun at her DWTS partner. She jested that it looked like the type of ornament that really should be on her or Alan’s mom’s tree.

The Bachelorette was referencing the type of craft/homemade ornaments children often made for their parents in school. Or, the memorial-type ornaments an adult child would purchase with a picture of themselves on it for their parents so they could always be with them during Christmas even if they lived far away.

She, however, added that she still wanted one for her tree even though it looked like a “mom ornament.”

She also quoted herself at the bottom of the ornament noting how “cool” it was.

Unfortunately, DWTS fans were not able to react to the sweet gesture on Instagram

The downside to celebrities posting things on Instagram Stories is the snapshots are only live for a period of time. Furthermore, fans do not get the joy of also reacting to Alan Bersten’s sweet gesture. That, however, didn’t stop a few from voicing their thoughts on other social media platforms.

On Twitter, DWTS fans were a little skeptical the snapshot was actually of Alan’s tree.

“I was under the impression that his was from someone else’s tree. From what Hannah said about it. Alan is Jewish.” One individual penned.

Another individual jested that the sweet gesture wasn’t going to encourage her to be intimate with Alan.

Presently, there isn’t any reference of the Christmas ornament in question on either Hannah Brown’s or Alan Bersten’s Instagram profile.

What are your thoughts on Alan sharing a snapshot of a Christmas ornament on the tree featuring himself with Hannah B? Do you agree with Hannah that it is a bit of a weird ornament to be on his tree? Sound off in the comments down below.