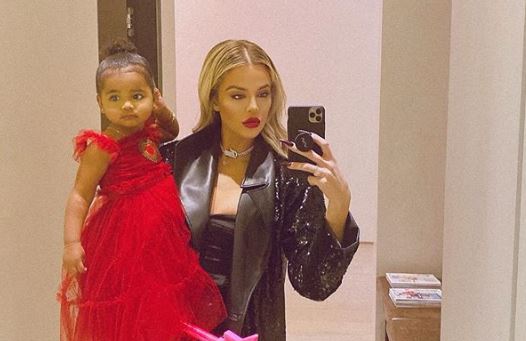 The yearly elaborate Kardashian family Christmas card is not going to be making an appearance this year.

The Kardashian-Jenner family has decided that they will do individual Christmas cards with their families this year. But before fans begin jumping to conclusions, the sisters are organizing their own holiday greetings for the sake of simplicity. They didn’t have time to coordinate the card and the want to highlight their families individually.

The Kardashian-West family wanted some low-key, simple photos for their card. Their cozy, laid-back photo of Kim and Kanye and the four kids achieved this desire. The family wore matching sweats, the photo captured the family’s simplicity and beauty in their unique way. They shared the photo with their followers just last week.

The rest of the Kardashian-Jenner families are still planning their perfect Christmas photos. They want to pick something that will reflect their own personalities and their unique families.

It’s been said that Khloe Kardashian and Kylie Jenner are planning on taking pictures with their little girls, True Thompson and Stormi Webster. It hasn’t been disclosed if Tristan Thompson and Travis Scott will make it into the photos. After going through some issues with their baby daddies throughout the year, it’s unclear if they’re going to make it onto the card. But, the sisters are very proud to be strong mothers and they love to show it off.

Kourtney Kardashian is going to take part in a festive photoshoot with Scott Disick with their kids. Sticking to their tradition.

Keeping Up With the Kardashians would be a pretty boring show if there wasn’t an occasional change of plans. According to E!News, it’s not definite that the family won’t be releasing just one photo. The issue is the chaos and busy schedules that everyone is juggling. Kris Jenner suggested taking a huge photo when they’re all together. She recently shared what Christmas is like having 10 grandchildren running around. It definitely seems like a hectic situation but she doesn’t let it get her down. With her love for the holidays, this Christmas card could be more special than it’s coming off.  It’ll be easier and everyone is being low-key this year anyway. Their Christmas Eve party might be a time for everyone to get together to snap a picture.

Don’t miss new episodes of Keeping Up With the Kardashians on Sundays on E!.