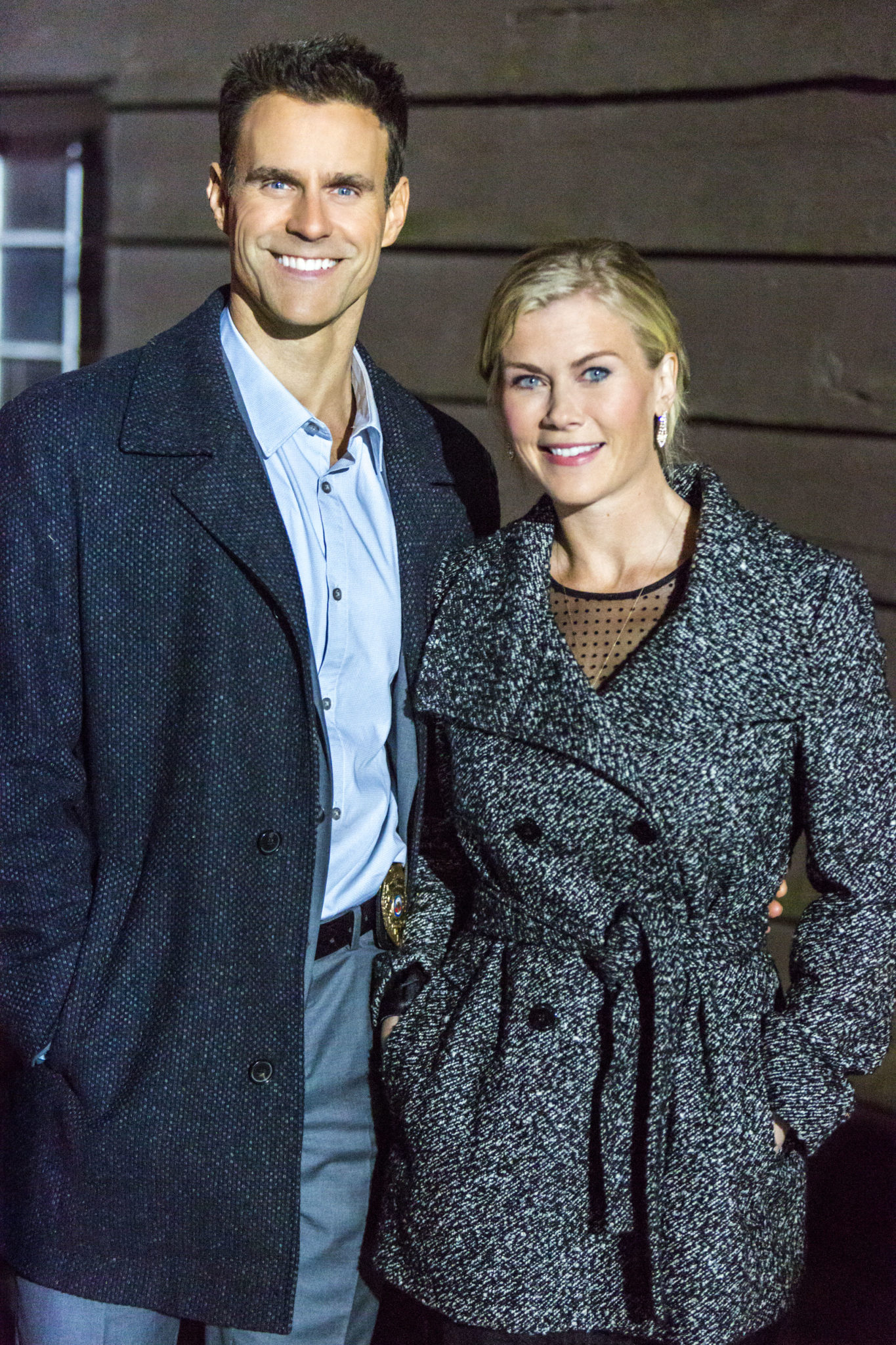 Hallmark mystery fans have been waiting for any news on when there will be a new Murder She Baked movie. The series, based on the cozy mystery novels by Joanne Fluke, they star Alison Sweeney (Days of Our Lives) and Cameron Mathison (All My Children). Hallmark Movies & Mysteries has not released a new movie since 2017. Could we see a new one in 2020? At least one star would like to see that happen.

At Christmas Con 2019, Cameron Mathison was asked a non-Christmas movie question. He was asked if there were new Murder She Baked movies coming up anytime soon. According to the International Business Times, Mathison seemed hopeful in his answer, as he said “I hope so.” But, admitted that the stars would need to be aligned “in a perfect way” for this to happen.

As Mathison explained, he is now a Home & Family host and his time to film movies is quite limited. As TV Shows Ace fans know, Alison has her own mystery series, the Chronicle Mysteries. But, Mathison still has hope. He just cannot say when. “We want to, but things just kind of shift and change, and people are working on different things. So, if the stars align, it’ll happen. I think this will happen, I just don’t know when.”

The 5th installment of #murdershebaked is less than a week away. Am I allowed to have a favorite? Because I think this would be it👍🏼👍🏼 #itgetsbetterandbetter #justdesserts #hallmarkmovies

What Does Alison Sweeney Say About Mystery Series?

Earlier in February 2019, TV Shows Ace interviewed Sweeney about her new, True Crime mystery series, the Chronicle Mysteries. She helped create this series, unlike Murder She Baked, which are based on the Joanne Fluke Hannah Swensen mystery series. She liked the freedom of creating everything from characters to storyline.

As for Murder She Baked, Sweeney did not know if there would be more movies in the series. But, she seemed to have fond memories of playing Hannah, and Mathison, Mike.

“As far as I know, there are no plans for more. I loved playing Hannah and I love the idea that she and Mike are off solving crimes together in Minnesota.”

Currently, both Murder She Baked stars are featured in the Countdown to Christmas. Sweeney is in the new Blake Shelton produced Time For You To Come Home for Christmas. Cameron Mathison currently stars in the magical movie The Christmas Club. Sweeney is currently filming more episodes of the Chronicle Mysteries. Mathison continues to host on Hallmark’s Home & Family, after undergoing cancer surgery in the early fall.

Be sure to check back with TV Shows Ace for the latest Hallmark Mystery news.