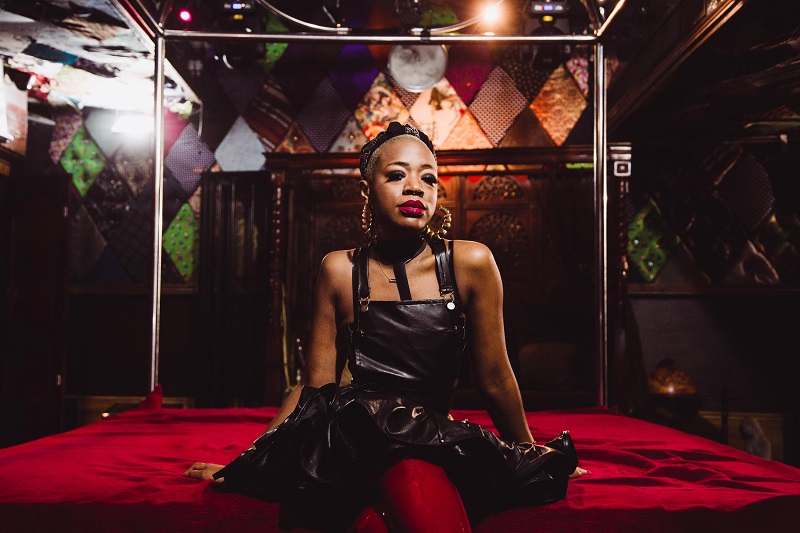 The Voice Season 8 contestant Kimberly Nichole previews her upcoming album West Coast Seattle Girl and dishes on her journey since the NBC show.

Kimberly Nichole is recognizable to reality TV fans for her appearance on The Voice season 8. As a member of Team Christina, she made it to the Top 6 on the NBC singing competition.

But that was four years ago and she’s come a long way since then. Kimberly announced on Halloween that she will release her new album in 2020. Entitled West Coast Seattle Girl, the record is inspired by her experiences after being on The Voice.

The first single “The Witch” is now available on iTunes and it will blow fans away.

TV Shows Ace conducted an email interview with Kimberly to talk about the influence reality TV had on her new music, what she’s accomplished since her time on The Voice, and the other contestants that she’s still in touch with today.

Music (and life) after The Voice

TV Shows Ace: West Coast Seattle Girl is inspired in part by your reality TV experiences. How would you describe it?

Kimberly Nichole: I think the album is generally about my life, a bit before and after The Voice. It’s just a journey: the things I’ve gone through, how I’ve evolved, how I’ve felt over the past six years.

TVA: Will the sound be similar to what people heard from you on the show?

KN: The album really represents me and the music I like. I was the same on the show. Rock and roll.

TVA: Are there songs that you particularly want fans to listen to when it releases?

TVA: The biggest change in your career after The Voice has been moving to London.  How has that affected your music?

KN: It’s where my path has led me. Every city I’ve lived in has served a specific purpose. None of them have been by chance, but simply me following my purpose and being guided. London is where my purpose has led me and I know even more incredible things are about to unfold.

TVA: What’s the most incredible or interesting thing you’ve done since The Voice?

KN: My proudest moment was recently! I was cast to play the Gypsy/Acid Queen in The Who’s Tommy at the Kennedy Center. What a moment! The cast was kick-ass, and it was an honor and humbling to play such an iconic role originated by Tina Turner at one of our country’s most prestigious performing arts centers.

Memories from The Voice

TVA: What was the biggest memory you took away from The Voice season 8?

KN: So, so, so many! Mainly being mentored and learning so much from Christina Aguilera.

TVA: Since you were on the show, fans and critics alike have discussed how much it actually impacts a contestant’s career. What was it like for you afterward?

KN: It was a bit of a high-low moment. You go from being on TV in glam and doing press and wardrobe every day to back to your small apartment in Harlem. You’re back to your grind. More people know you—you may have more meetings and more gigs than you did before—but the hustle is still the same. The show is a platform—it’s exposure as an indie [artist] you can’t honestly pay for.

TVA: Are there other The Voice contestants you’re still in touch with, or might collaborate with on future music?

KN: Absolutely! Sasha Allen and Amanda Brown are my best friends! I always spend time with them. Frenchie Davis, adore her; we text often. Sarah Potenza and I were just texting one another a week or so ago. And I hung out with Ali Caldwell and Avery Wilson when they were in London for the [Christina Aguilera] tour.