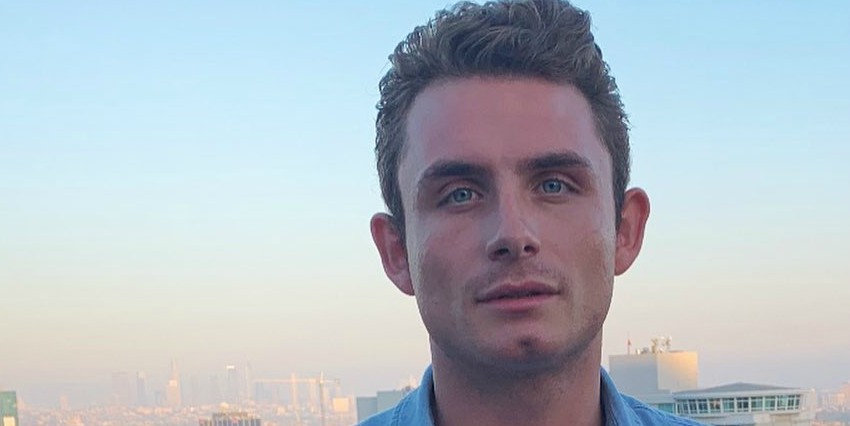 There are constants that every Vanderpump Rules fan knows. Lisa Vanderpump’s penchant for pink and Jax Taylor’s habitual lying. James getting drunk and verbally lashing out at his co-stars. These are all regular occurrences on the hit Bravo show. Until now.

James says he recently gave up alcohol. He revealed that he hasn’t had a drink in five months. Saying he feels “incredible,” he explained how he realized that alcohol was ruining his career.

“I never realized how much alcohol was slowing me down and making me procrastinate in big life things that I could be pursuing now. My career is getting even bigger and my deejaying is really taking off so I’m taking it seriously. I’m going to take over!”

Will Lisa Give James His SUR DJ Job Back?

The final straw came when James repeatedly fat-shamed co-star Katie Maloney-Schwartz. Katie had enough and told Lisa that she would quit unless James was fired. Not only did Lisa fire James, she gave Katie his Tuesday party slot at SUR.

During the Season 7 reunion, James briefly discussed how he always felt like he had to be “on” for fans. He used alcohol to mask his anxiety and nerves. James says fans will see his journey to sobriety on the upcoming Season 8 of Vanderpump Rules.

“I’m dealing with all the anxiety and pre-show jitters without drowning myself in vodka,” he says. “You’ll see this season what I do to actually get over alcohol, it was a process for sure. I take it day by day and keep it gangsta.”

James isn’t the only Vanderpump Rules star who has trouble with alcohol. Lala Kent opened up after Season 7 about how she knew she had a drinking problem. She revealed that she had spent an entire weekend drunk at Disney World. Lala’s fiancé Emmett Randall and his children were with her. She cites that moment as when she stopped drinking.

When Lala marked her one-year of sobriety a few weeks ago, James posted on his Instagram how proud he was. The two have seemingly mended fences… again. His caption implies the former BFFs are working on new music together.

“Proud of you girl! One year sober and all smiles! Life is good , we are blessed! Btw who ready for new music by us ?!”

Proud of you girl! One year sober and all smiles! Life is good , we are blessed! Btw who ready for new music by us ?! #ridewithme #givethemlala @lalakent