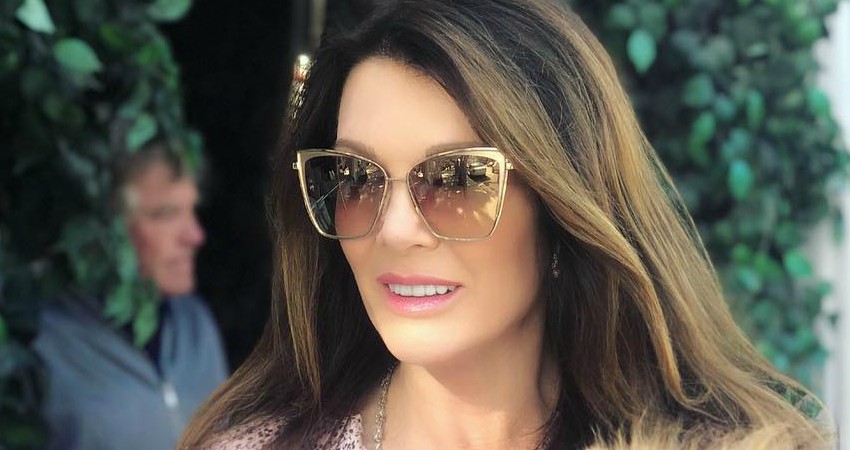 Bravo is in the middle of hosting their first-ever fan convention in New York City. BravoCon gathers almost 100 stars from the network’s biggest shows, including The Real Housewives franchises. Lisa Vanderpump may have quit The Real Housewives of Beverly Hills, but she is still very much a presence on Vanderpump Rules.

The fun weekend kicked off with a panel of OG Housewives. Caroline Manzo (RHONJ,) Jill Zarin (RHONY,) and Jeana Keough (RHOC) were a few of the former Bravo stars to attend the panel. Later that evening, Andy Cohen hosted an epic Watch What Happens Live with over 75 Bravolebrities sharing the same stage.

People magazine reports that former RHOBH and current VPR star Lisa Vanderpump was present at the WWHL filming. While many of the stars stayed to party into the night, Lisa and Caroline made early exits once filming was over.

Sources suggest the Real Housewives alums were trying to avoid awkward run-ins with their estranged cast members. Caroline appeared on The Real Housewives of New Jersey where she often butted heads with Teresa Giudice. In fact, Teresa recently mused over the possibility that Caroline called the feds on Joe Giudice.

As fans know, Lisa is on the outs with most of The Real Housewives of Beverly Hills cast. Her longtime friendship with Kyle Richards blew up during Season 9 of the show. The fallout between the former friends played a big role in Lisa’s decision not to return for the upcoming season.

“But to have negativity during a time in my life when I needed to try to be positive … I decided it was over.”

While Vanderpump Rules’ Lisa didn’t address her hasty exit, Kyle did. The RHOBH star noted that she bumped into Lisa a few times since the end of their friendship without issue. She further stated that she would have been cordial if given the chance.

“Lisa did not want to bump into me. She left the stage last night before we got on. I’m happy to see her and say hello.”

Lisa Hopes Her Legacy Will Be More Than Reality TV

In another interview with People, the RHOBH star opens up about what she hopes will be her legacy. While Lisa and her husband Ken Todd have owned almost 40 restaurants, that’s not her passion.

Several years ago the couple founded Vanderpump Dog Foundation to spread awareness about dog cruelty and promote pet adoption. In fact, issues with Dorit Kemsley’s treatment of a dog she adopted from Vanderpump Dogs was the reason for much of the drama on Season 9 of RHOBH.

Lisa thanks Bravo for giving her a platform for the dog rescue cause close to her heart. She welcomed seven rescue dogs into her home and her foundation helps many more.

“I hope that will be my legacy. I just want to keep drawing attention to [the cause] and to rescue dogs. They are so grateful for a chance at a second life.”

VPR Star and SUR Owner Gets Standing Ovation From Fans

Many fans of VPR and RHOBH attended the panels and WWHL taping. There was a moment caught on camera by devoted fan Krystle Sonia. Fans quickly got to their feet to give the reality TV queen a standing ovation as she came onto the stage.

Vanderpump Rules Season 8 premieres on January, 7 2020 on Bravo. From the trailer, it looks like Lisa has her hands full again playing referee to the SURvers.