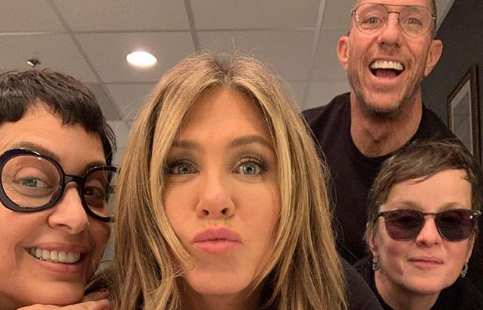 Jennifer Aniston is single and happy, but she’s not quite ready to mingle.

The star of The Morning Show, 50, is “not dating and not really looking either,” stating that “if she meets someone, she wouldn’t rule it out.”

The actress has previously married twice, first to Brad Pitt from 2000 to 2005, then to Justin Theroux from 2015 to 2017. Because of this, she’s not really interested in something serious. It’s kind of a been there, done that situation for her.

Instead of pursuing a relationship, Aniston is putting her time into her relationship with her close friends. She’s happy with her friends, which include A-list celebrities such as Courtney Cox and Reese Witherspoon. Together, they can laugh and cry, and talk about anything. The two have been by Aniston’s side through good and bad.

Aniston joined Instagram earlier this month and had gained 20 million followers in a short amount of time. Her first post was a photo of a recent dinner with her Friends costars. She captioned the photo, “And now we’re Instagram FRIENDS too. HI INSTAGRAM.”

The photo was all smiles with Lisa Kudrow, Courtney Cox, Matt LeBlanc, David Schwimmer, and Matthew Perry. All of the stars are on the app and are now followed by Jennifer Aniston, except Perry who is not on the app.

Jennifer’s Instagram bio is short and simple, “My friends call me Jen.” She also follows her ex-husband, Justin Theroux. The couple has been separated since late 2017, after two years of marriage. Though they are no longer married, they have remained friends since their breakup.

Reunited and it definitely felt so good

According to UsWeekly, she joined the social media platform a few days after she had admitted she was hesitant. She finally decided to join because she felt pressured to do so.

“What you resist, persists,” she said. “It’s something that is a part of our world now and it’s not going away. … You can actually have a little bit more control over the narrative that’s out there. [You can] right some wrongs and some silly things that, God knows, are said often.”

The photo she posted is likely from her dinner at Courtney Cox’s house on October 5. Kudrow, LeBlanc, Schwimmer, and Perry were also there.

“The whole gang. Everyone was there,” Jennifer Aniston revealed on The Howard Stern Show on October 7. “Schwimmer was in town and we all happened to have a window of time, so we all got together.”

From the sound of it, the dinner was a blast for all of them. The gang laughed so hard, reminding them how much they miss working together.