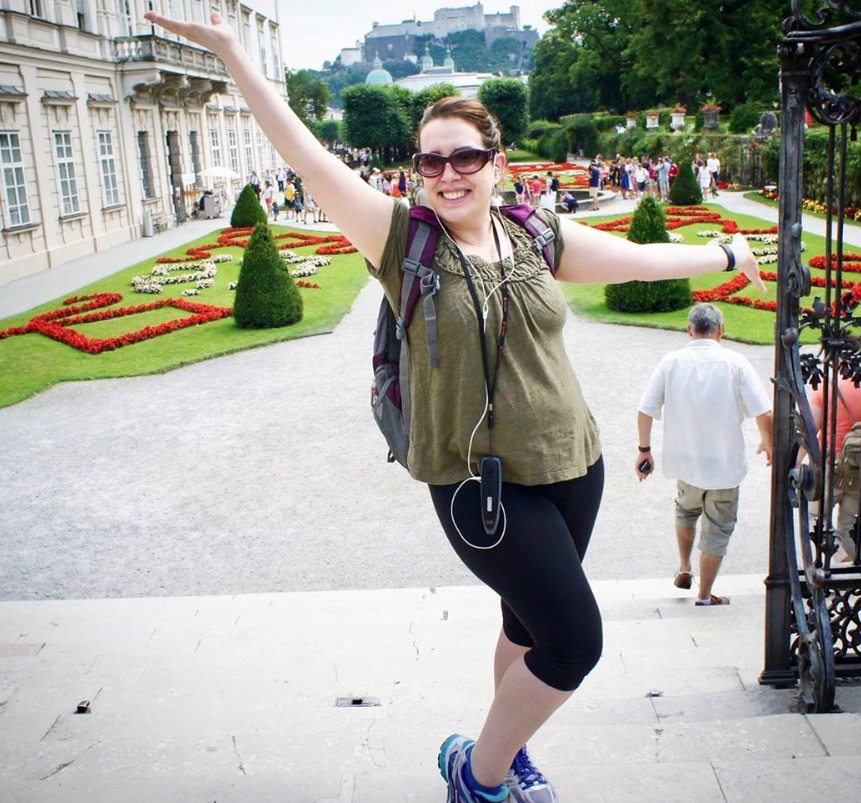 Julia Quinn has been reporting from England, on the set of the Bridgerton series. This has been an emotional and exciting time for the bestselling writer. To see the characters she has created in real life has clearly been a dream come true. Most of all, she loves the casting and the way they relate to each other.

Julia shared a photo of actors Claudia Jessie and Nicola Coughlan hugging. The two, who portray Eloise Bridgerton and Penelope Featherington respectively, have bonded in this shared experience. Shondaland’s Bridgerton is going to be a big deal for Netflix. This series could be equal to excitement of any Jane Austen adaptation. This witty and feminist take on the romance of the Regency era promises to be incredible.

On Thursday, the New York Times bestselling author wore a top hat, over pulled back hair. Although Julia is not wearing the full Regency attire that would go with this chapeau, it does make fans wonder if she will make a cameo appearance in Bridgerton? Teri Wilson has made a cameo appearance in the Hallmark Mr. Darcy romance movies. Stephenie Meyer also made cameos in more than one Twilight movie. Could Bridgerton fans around the world get to see a brief cameo of their favorite author?

Julia did take a photo with the cast, but as they were in full Regency attire, she could only publish her face from that photograph. Fans who want to see the cast in full Bridgerton getup will have to wait just a bit longer!

Bridgerton Season 1 will clearly be based on Julia Quinn’s first Bridgerton novel, The Duke And I. This is because of the actors cast. This is the love story of Simon Bassett, the Duke of Hastings (Regé-Jean Page) and Daphne Bridgerton (Phoebe Dynevor). Fans of the novels will remember that Daphne and Simon make a sort of pact that makes her brothers very unhappy. But Daphne can certainly defend herself. She is known to throw a wild punch or two at someone who acts inappropriately towards her!

There are a total of eight books, but Netflix has not revealed if there will be eight seasons. Although her books are often compared to Jane Austen, Julia Quinn definitely creates women characters who have a modern, feminist spirit. This may be why so many people around the world cannot wait for this spectacular new Shondaland series!

What do you think of Julia Quinn visiting the set of the new Bridgerton? Are you excited to see the Shondaland series on Netflix? Share your comments and be sure to come back to TV Shows Ace for the latest on the Bridgertons. Netflix will drop Bridgerton sometime in 2020.