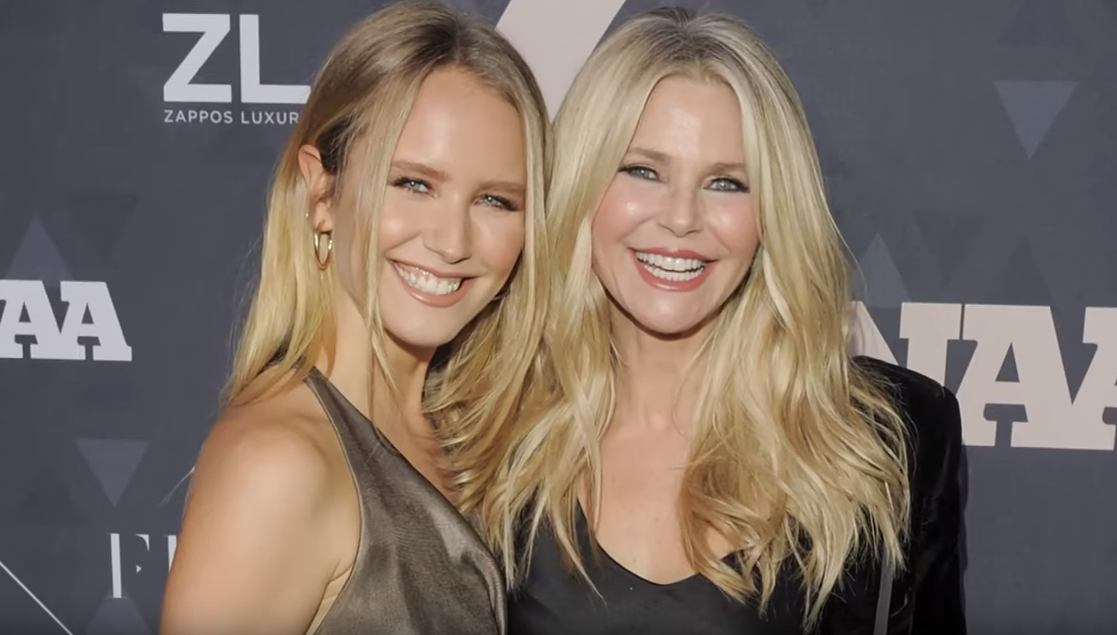 Sailor Brinkley-Cook finds a rumor about her mother faking an injury to be quite funny. The Dancing With the Stars dancer is now speaking out.

Wendy Williams Senses Something Isn’t Right About The Injury

There is a theory that this injury could all be part of a bigger plan to get her cast on Dancing With The Stars. The rumor was spread by Wendy Williams on her daytime show last week. After receiving an 18/30 with partner Val Chmerkovskiy on Monday’s episode, the model addressed the accusations to reporters.

“I mean like, whoever spews hatred needs more love. So love you Wendy!” she responded about the remarks.

Brinkley-Cook agreed to take her mom’s place, after an injury to her wrist and shoulder before she even stepped into the ballroom. According to PopCulture, Wendy Williams said the whole situation seemed “fake as hell.” Standing on the fact that the moment of the injury was aired on the season premiere.

The footage of the injury appears to show the supermodel tripping over her partner’s foot while performing a turn. The trip sent her tumbling down to the ground. BBC Studios and ABC gave a statement to People stating that Brinkley requires surgery on her wrist and arm for the injury. They wished Christie a smooth and speedy recovery and hope to see her in the audience supporting Sailor, whenever possible.

Thank you @dancingabc , @abctv , @bbc , @imgmodels , @lorraine_osp_antonetti , @ivanmbart , @merz_aesthetics @sandylinter , @jwuntitled , @totalgymdirect @stevengrossman , @annelkeating , @debwhite212 , @francestownsend @artminsta @mwilsonsupreme ( yes that Mary Wilson! That’s a sweetly inscribed book tucked in with the flowers, Barry and Fran Weissler of @chicagomusical your words meant the world to me , @thetalkcbs @sharonosbourne for your kind words defending me , @marieosmond @carrieanninaba and @cherylunderwood @therealeve I love you all, @irenamedavoy for including me yesterday and helping me forget my pain for a couple hours ( Happy Birthday!) @karamo you have made me cry 3 times now with your inherent goodness and kind words , thank you and my three sisters Mindy , Jill, Lisa for hours on the phone thru thick and thin, I love you ! And @sailorbrinkleycook for bravely keeping the dream alive! 💐 #teamsailav @valentin thank you for the cherished memories you and @jennajohnson are part of the #teambrinkley family forever !

“Let me tell you what I see. I don’t see a wrist and a shoulder being fractured. But that was real cute,” Williams said. “Here’s my thought: Dancing With the Stars called Christie Brinkley… and she said yes. After she got off the phone, that’s when she plotted her schedule. … In my opinion, I think what Christie did was she signed up for Dancing With the Stars knowing that she’d put her daughter Sailor in there.”

Sailor Brinkley-Cook also defended the way her mother handled the situation. “I was super proud of her especially cause she really stood her ground,” she added. “She spoke the truth and Wendy has really supported her through a lot of crazy stuff and for her to come out and say something negative about this situation really was shocking. Like I was like, ‘Really?’”

Initially, Brinkley told People the accusations had her “totally shocked.”

She was taken back, claiming she had been there for Williams. Upset and crying, she said she needed to give her a call because she was just so stunned.

Don’t miss new episodes of Dancing With the Stars on Monday nights on ABC.