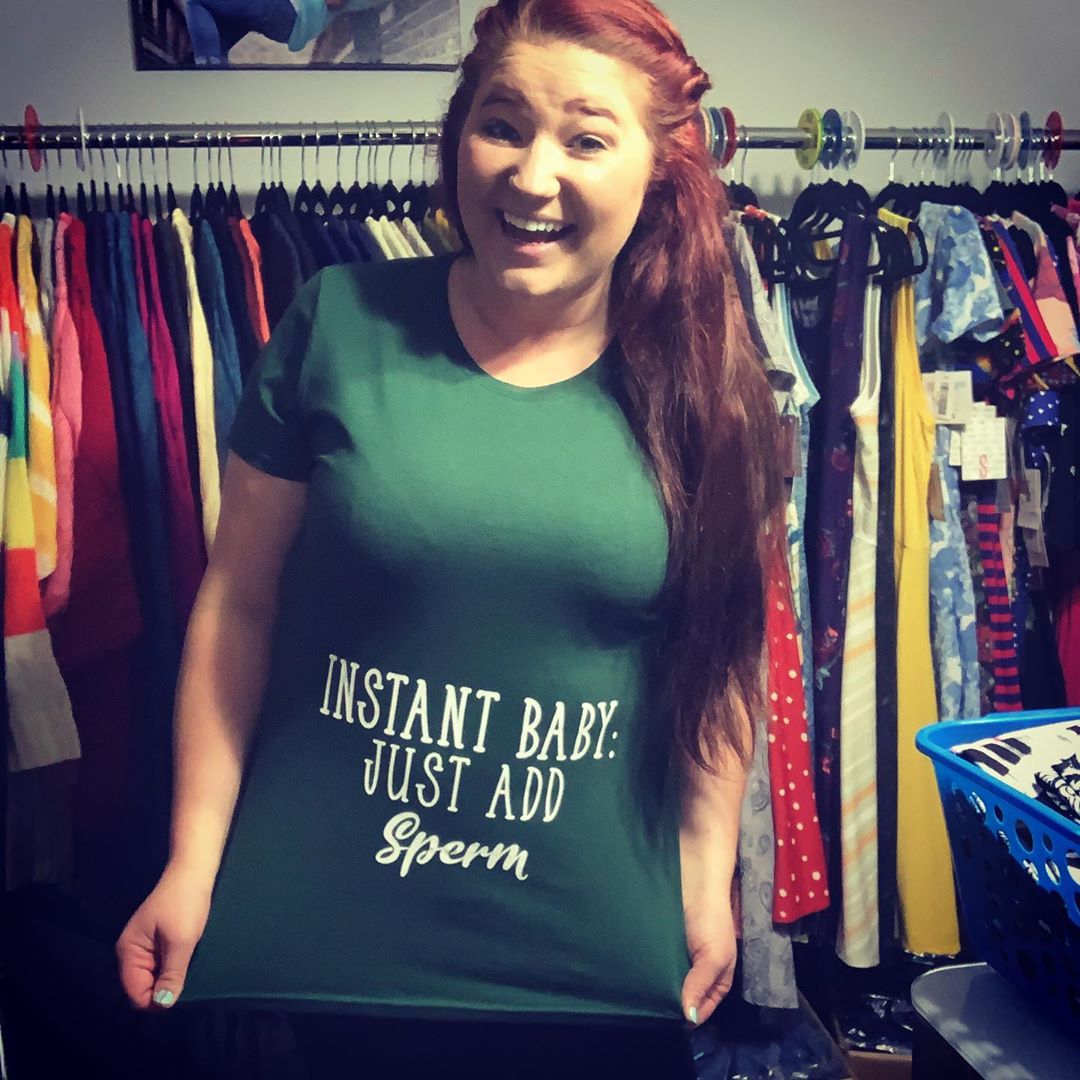 Nope, she’s not pregnant y’all. Kody and Christine Brown’s daughter Mykelti Brown recently took to social media to debunk the baby bump rumors and is suddenly being praised for stunning weight loss photos she recently posted. Quite a flip, huh?

Where did the Mykelti Brown pregnancy rumor come from?

According to In Touch Weekly, a recent post on Mykelti Brown’s Instagram profile left fans suspicious that she was hinting around to a possible pregnancy. The post in question was a photo of the red-haired Sister Wives daughter modeling a new piece from the MLM she sells product for.

In her caption, she says “I need more coffee, to be honest, but since I can’t have that yet, I have Mitzi.” Her statement of not being able to have coffee left fans assuming that she might be implying a distinct reason for the caffeine restriction. In reality, she was just out of coffee at home, which she mentions in a later post.

So…Mykelti Brown is NOT pregnant?

Indeed not. In fact the recently married 23-year-old took to social media to debunk the rumor officially. In the caption of photo she posted on Thursday, Brown tells fans bluntly. “I AM NOT PREGNANT” she goes on in her lengthy post to tell fans that while she is super excited about becoming a mother in her future – it’s just not the right time… yet. In her post, she writes,

“I want to have children so much. It’s one of the things I talk about most often. My best friend and I are enjoying our marriage as the two of us for now and we are working towards accomplishing some goals before we decide to start a family. We are loving the intimacy we can share and the bond we have together and we aren’t ready to share that bond with a wee babe yet.”

I AM NOT PREGNANT. This shirt was given to me as a gift because of how much that person knows me. I want to have children so much. It’s one of the things I talk about most often. My best friend and I are enjoying our marriage as the two of us for now and we are working towards accomplishing some goals before we decide to start a family. We are loving the intimacy we can share and the bond we have together and we aren’t ready to share that bond with a wee babe yet. I know the shirt may be crude or offensive to some, but I must say I am extremely in love with it. It’s fast becoming my favorite piece in my wardrobe. Plus if we got a wee babe our Spader may not be too happy with sharing our attention. #instanthumanjustaddsperm #happymarriage #becauseoflularoe #furbaby #totallydiggingthegreen

Only days after the show’s fans were quick to suspect Mykelti Brown was hiding a bun in the oven – they are now taking the time to comment on her most recent post — saying that it’s a remarkable weight loss transformation.

Nope, not kidding. It’s been a week.

The reality celeb added a new photo to her Instagram profile Friday and fans swarmed the post, telling Mykelti how wonderful she looked.

“You’re so skinny! How did you do it?! Beautiful!” said one fan.

“You look amazing!!! Not sure how much weight you have lost but you are rocking it!!” said another

A third chimed in with “Oh ,you lost many kilos”

The post has been live just over 24 hours and most of the several dozen comments received echo that same sentiment.

Lunch date with my favorite human. I love it when he has a chance to have lunch with me in town. Love my convenient job if working at home and being my own boss #lunchdate #lunchwithhubbby #imaboss #livemylife #whimsicalmykeltip

Is a pregnancy coming in the near future?

While Mykelti has told the media that becoming a mother is something that she desperately wants for her life, she and husband Tony Padron are not rushing to add to their little family just yet. The two are taking the time to enjoy each other and build their marriage and connection to each other before adding a little one to the mix.

What do you think about Mykelti’s most recent “pregnancy rumor”? Did you think the same after seeing the post? Tell us in the comments! Be sure to check back in with TV Shows Ace daily for more juicy celebrity news.