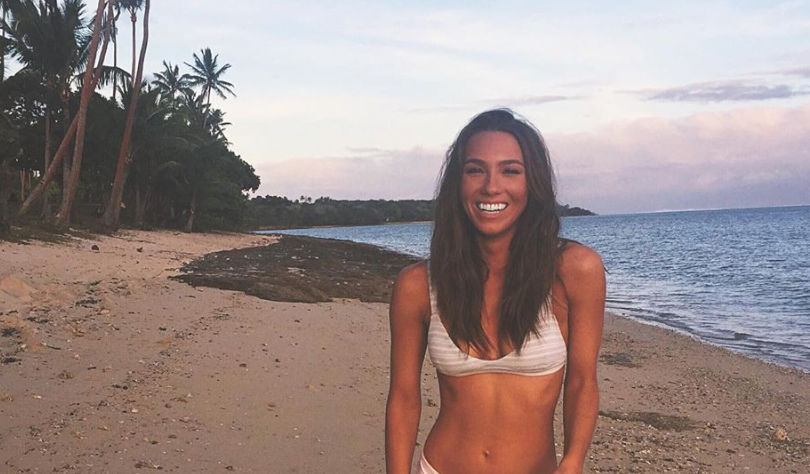 Alex Stewart from the new show Love Island, may not be talking for a while. The bubbly reality TV star actually fell off a scooter and broke her jaw.

Alex Stewart and Dylan Curry found love fast on the new season of Love Island. Since the show ended, they have continued as a couple. Honestly, they are so cute and are perfect for each other. Now, they are reaching some struggles as Alex has to spend time in the hospital.

On Alex’s Instagram story, she and Dylan revealed that she actually fell off a scooter and broke her jaw. That could not have been comfortable. In the story, she is holding her teddy bear while Dylan explains what happened. He also explained she couldn’t talk so their Youtube video might be delayed.

Alex posted a follow-up picture of the two of them kissing (presumably before the scooter accident). In the follow-up, she thanked Dylan for his support through all of this. She revealed he has probably only gotten like three hours of sleep in the last five days. That sounds like some serious love that he has for her.

“Shoutout to @dylancurry for being a precious gem of a man and getting quite possibly 3 hours of sleep in the past 5 days. I love you so much,” she wrote.

Alex went on to post about the Love Island fans who have supported her during this rough time as well. It’s clear she grew a pretty big fan base during her time on the Island.

“Thank you to all of the @loveislandusa fans for sending such sweet and incredible messages. You guys are amazing and keeping me going. Want to hug all of you a million times.”

Hopefully, she can go back to her normal talkative self after she heals. It’s great that she has someone like Dylan there for her though during this time. It would be so scary for her to go through this alone, so having Dylan will probably help her to heal even faster.

What do you think of Alex’s scooter incident? Let us know what you’ve heard in the comments below.

Come back to TV Shows Ace for more news on the stars of Love Island, The Bachelor and more!