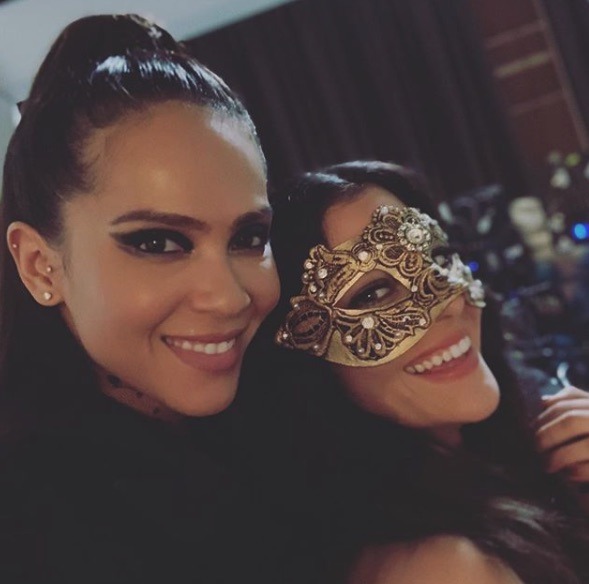 Has Lucifer showed the last of Eve? Based on the comments by showrunners Joe Henderson and Ildy Madrovich, Eve may be back for more shenanigans! Will actress Inbar Lavi return for Lucifer Season 5?

Could Eve Return To Lucifer in Season 5?

Speaking to Entertainment Weekly, Joe Henderson hinted that as Eve has “set off on an amazing new starting point for her life,” they could envision that there is more story to tell. Of course, everyone wants to know if she is ever reunited with Maze (Lesley-Ann Brandt). What role could Eve now play in the lives of the Lucifer universe?

There has been a suggestion that Eve could redeem herself by returning Lucifer back from hell. This redemption storyline could be very plausible. Fans would love to see Lucifer Morningstar finally reunited with Chloe Decker (Lauren German).

Henderson revealed that they “loved working with Inbar.” He called her “absolutely fantastic.” Tom Ellis loved how Inbar approached her role as the infamous Garden of Eden apple eater. He told The Wrap that “you don’t know whether you want to like Eve or not like Eve,” which is more about the character. Then he explained how Inbar really embraced the role and her talent made it more complex.

“But the way in which Inbar tackles that is so charming and lovely, you can’t help but like her, even though you may not be agreeing with what she’s trying to do.”

Inbar admits that she loved playing the role. She explained to Brief Take that “Eve was so much fun, she was such a delight, so I think that the energy I was putting out was probably the energy that I was receiving from the character herself, and thanks to that, I was able to have a really good time.”

Is There Enough Of Eve’s Story?

In the end, Henderson and Madrovich would not bring back Inbar Lavi without giving her a worthwhile storyline. Although the show has not yet been renewed, the showrunners have already admitted that they have some of the Season 5 story plotted. Could Eve be an integral part of the Lucifer storyline?

The question of whether there is enough of an Eve story mirrors the return of actress Tricia Helfer. She had come about in Season 2 as Lucifer and Amenadiel’s mom. Everyone loved working with the former Battlestar Galactica star so much that they brought her back for Season 3. This time, she returned as Charlotte Richards, unaware that her body was used as a vessel for Goddess.

As of now, Lucifer has not been renewed for a fifth season. Generally, Netflix waits a full month after dropping a series to make that sort of announcement. As Lucifer has been at the top of the most streamed charts and has been prominent in social media, the odds appear to be good. Add that the showrunners are discussing a Lucifer Season 5, fans have to hope to see Lucifer and Chloe reunite.

What are your thoughts about Inbar Lavi reprising her role as Eve in Lucifer Season 5? Please share your thoughts in the comments field. Be sure to check back with TV Shows Ace for more Lucifer news.  Lucifer is currently streaming on Netflix.