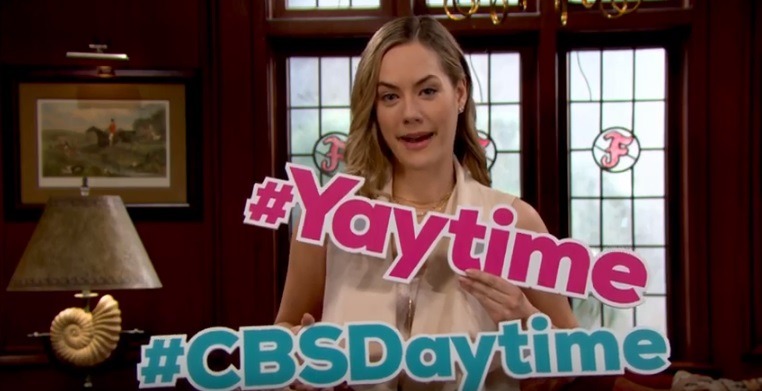 CBS recently satisfied the hearts of many by renewing their entire daytime lineup.

As Variety confirms, this includes popular soaps The Young and the Restless and The Bold and the Beautiful.

Other returning shows include The Price Is Right, The Talk, and Let’s Make A Deal.

The Young and the Restless

The Young and the Restless has been a staple in the CBS daytime lineup for just shy of 50 years. Just this season, the soap already averages 4.60 million viewers.

The Bold and the Beautiful

The Bold and the Beautiful recently celebrated its 32nd birthday. The soap pulls in an average of 3.61 million viewers.

The Price Is Right

The Price Is Right kicks off its 48th season this fall. Hosted by Drew Carey, the show airs a double run every day.

According to Broadcasting & Cable, the game show pulls in an average of five million views during its daily double run. The game show is the most watched program on the CBS daytime lineup.

Let’s Make A Deal has a bit of a complicated history. It first debuted as part of the daytime lineup for NBC back in 1963, IMDb confirms. It remained part of NBC’s daytime lineup until the late 70’s.

In 1971, a syndicated version of the game show also popped up on the ABC network.

NBC picked the show back up in the 90’s. The network even tried to launch a prime time edition of Let’s Make A Deal in 2003. The prime time launch bombed and the network canceled just a few episodes in.

Excited to announce that #LMAD is renewed for Season 11! Congrats to the entire @CBSDaytime lineup… get ready to make even more deals in 2020!! 👉 https://t.co/l3ifF6ri3w pic.twitter.com/H0QomkuZ2Q

It was in 2009 that CBS picked up and revived the popular game show. Hosted by Wayne Brady, CBS is currently airing their 10th season of the show.

The Talk kicks off its 10th season soon. Pulling in an average of 2.39 million viewers, the show is in for some big changes. Co-host and executive producer Sara Gilbert is slated to depart when the current season concludes. Gilbert wants to walk away from the talk show to pursue other creative ventures.

“For almost a third of a century, CBS has demonstrated a remarkable legacy of success in Daytime,” Angelica McDaniel, executive vice president of CBS Daytime Programs and Syndicated Programs Development, boasted.

With over a three decade run of high daytime ratings, most CBS fans didn’t find the renewal too shocking. Many fans quickly took to social media to tag the network and the various show’s Twitter handles to thank everyone for the renewals.

HUUGE CONGRATS to @CBSDaytime"s ENTIRE LINE-UP for ALL being renewed for another season!

YEEEEEEES WERE COMING BACK WERE COMING BACK . Congratulations [email protected] @letsmakeadeal, @PriceIsRight, @YandR_CBS, @BandB_CBS, and @TheTalkCBS, MY FAVORITE CREW IS COMIN BACK for the 2019-2020 TV season. pic.twitter.com/En0lBOSIIY

Keep coming back to TV Shows Ace, for the latest updates on network favorites such as The Young and the Restless and The Bold and the Beautiful.