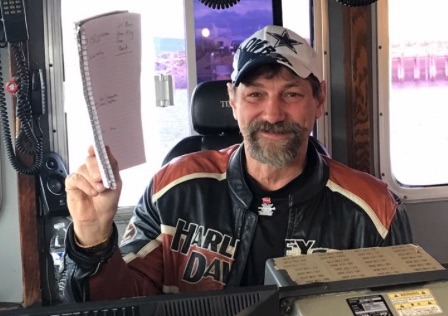 Fans are asking Discovery to bring back the Hillstrands. Captain Johnathan and Andy and their family boat, the Time Bandit, are not on the show for Season 15. Why won’t we be seeing Captain Johnathan, Captain Andy and the rest of motley crew? According to TMZ, the Hillstrands are selling the Time Bandit and are done crabbing. This is beyond Discovery. The Hillstrands are done fishing and are moving on with their lives. This is their own decision, not a network decision.

In September 2018, there was a great possibility that the fan favorites would be returning to Discovery. But, as TV Shows Ace reported, there was a major engine overhaul needed and they totally missed King Crab season due to major repairs. This may have been the final straw, as six months later, the boat was up for sale.

It is understandable that fans were concerned that it was Discovery that stopped filming the Time Bandit. Longtime Deadliest Catch fans may remember when there was some very bad blood between Discovery and the Hillstrands. Captains Johnathan and Andy quit the show, as did Captain Sig Hansen, in solidarity with his crab fishing friends.

Nine years ago, Andy and Johnathan Hillstrand were sued by Discovery for $3 million dollars. The suit claims that the Hillstrand brothers failed to live up to a filming agreement. The Time Bandit crew was to be part of a single episode special entitled “Hillstranded.” The Hollywood Reporter shared that they were filmed doing some off-fishing activities, but the brothers never showed up for interviews. These were necessary for completing the documentary episode. Johnathan, Andy and Sig all quit the show, shocking their fans around the world. This only lasted one week.

The Hillstrands spoke to Entertainment Weekly to share their side of the story.  They explained that they thought Discovery had all of the footage that they needed for this documentary. Because the channel needed more from the Hillstrand brothers, their fishing schedule was going to be messed up and that was not an option. Johnathan admitted this situation was emotionally taxing. Not only was Captain John emotional, so were fans, who didn’t want to see the Time Bandit leave the show.

Both brothers admitted that having Sig stand up with them was important. Sig shared that this was all about solidarity, as its “fishing first.” He explained that the fans love the show because they were real.

“We are brothers. I told these guys a long time ago, it’s fishing first. We made a lot of fans. We’ve affected a lot people in positive ways. People like us because we are real and what they see is what they get. All of a sudden, things got a little out of kilter. So what you see is what you get.”