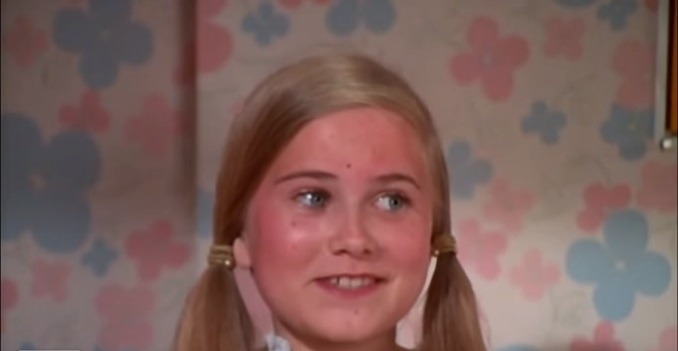 Anti-vaxers are using an episode of The Brady Bunch to support their anti-vaccination movement and Maureen McCormick isn’t happy about it.

“If you have to get sick, sure can’t beat the measles,” is from an episode of The Brady Bunch titled “Is There a Doctor in the House?” Said by Marcia Brady (Maureen McCormick), this quote has come back to haunt her.

The scene features Marcia sitting in their room playing Monopoly. She and her siblings are celebrating not having to take medicine, get shots, or go to the doctor.

Some people who oppose vaccines cite an odd cultural reference as evidence that the concern about measles is overblown: a 1969 episode of 'The Brady Bunch.' https://t.co/LXc8q8RrqQ

Even their mother (Florence Henderson) brushes off the measles during the episode.

“A slight temperature, a lot of dots and a great big smile,” Henderson said as she explained the symptoms.

Maureen Had The Measles As A Child

As both a mother and someone who contracted the measles as a child, Maureen McCormick told NPR she isn’t happy anti-vaxers are using something her character said to push their agenda.

“I think it’s really wrong when people use people’s images today to promote whatever they want to promote and the person’s image they’re using, they haven’t asked or they have no idea where they stand on the issue,” McCormick said.

She added: “Having the measles was not a fun thing. I remember it spread through my family.”

Maureen also confirmed that she did have her daughter vaccinated. It is clear that she is for getting these shots done.

The episode also portrays how highly contagious the measles are as all six children contract the disease.

One scene features the two youngest children enjoying their time with the measles as Bobby tries to color Cindy’s spots green.

Doctor and activist Toni Bark – who testifies against vaccinations during court hearings – is one of many individuals to reference the episode featuring Maureen McCormick’s character brushing off the measles.

According to Bark, there was a time when you would simply stay home and rest. She insisted it wasn’t something you went to the doctor for. It also wasn’t something that caused you to fear your child’s imminent death.

Back in 1969 when this particular episode of The Brady Bunch aired, the MMR vaccine did not yet exist. Statistics show 25,000 cases of the measles confirmed with 41 fatalities that year.

An associate professor from the University of Berkeley who studies medical history reveals it is important to understand things have changed since 1969. The world didn’t have as much control over infectious diseases then.

Lloyd J. Schwartz, the son of the creator of The Brady Bunch, shares McCormick’s fury. Sherwood Schwartz, who passed away in 2011, supported vaccines. According to Lloyd, all his siblings received vaccines. He believes his father would be heartbroken to see a connection between The Brady Bunch and anti-vaccination.