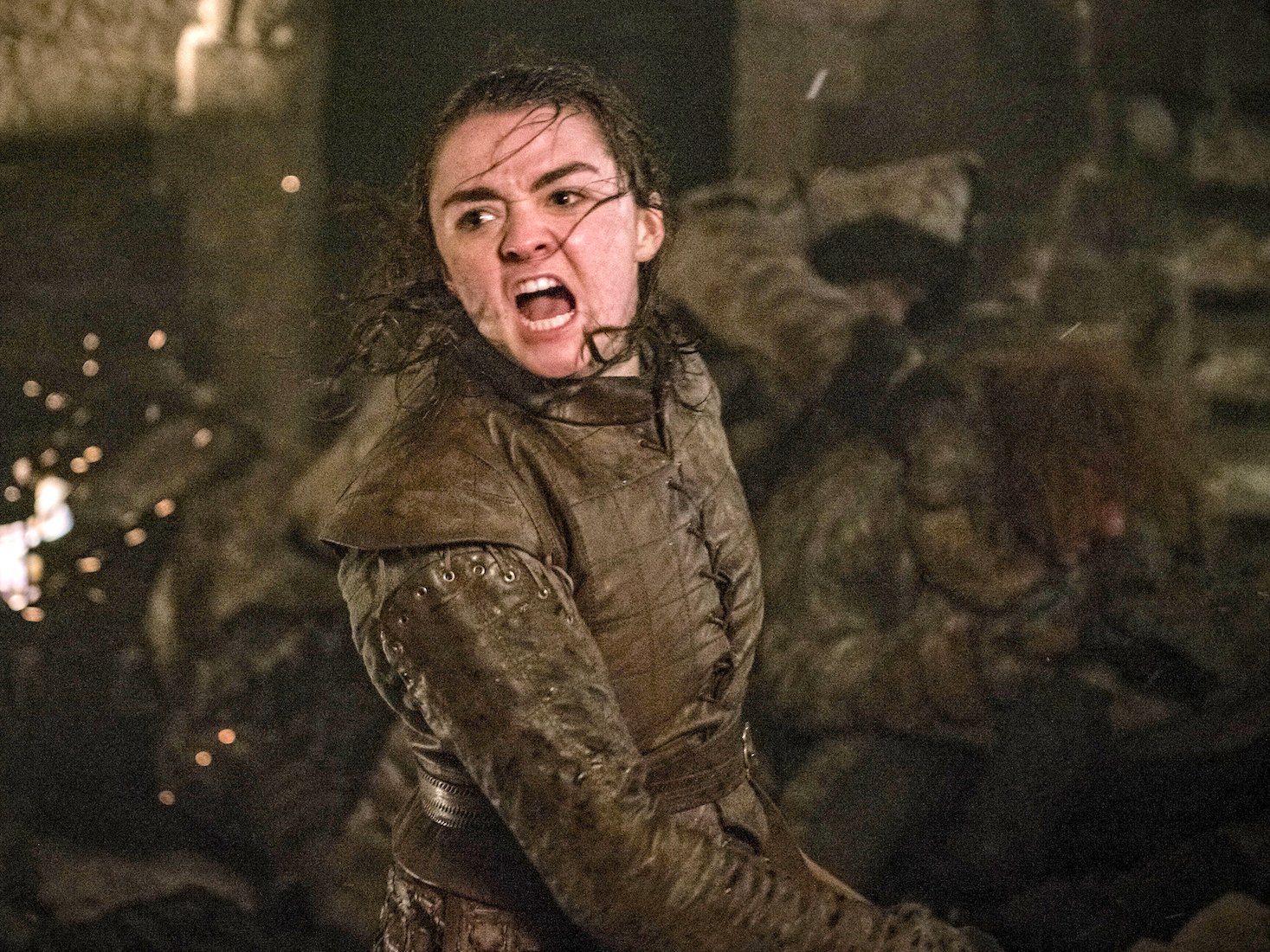 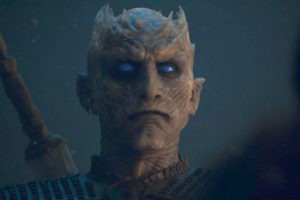 Minutes after the episode opens, Melisandre arrives seemingly out of the black abyss of the night, which scared everyone anticipating something to happen out of the silence of the scene. She comes and blesses the Dothraki arakhs, by setting them ablaze before they march on to take the White Walkers by storm.

This only sets the scene for an incredible night to come, but bookmark Melisandre, she, aside from the obvious winner, Arya Stark, drops jaw dropping hints of what’s to come.

To the third season. Melisandre stares into Arya’s eyes and tells Arya that she sees death in her future.

“I see a darkness in you,” Melisandre speaks over Arya, “And in that darkness, eyes staring back at me – brown eyes, blue eyes, green eyes. Eyes you’ll shut forever. We will me again.”

This encounter has been interpreted to serve as a foreshadow of Arya’s turn as an adept assassin.

Among the many things Melisandre does to assist immediately before the battle amongst the living and the dead, the Crimson Woman speaks to Arya about the lives she has taken since they have last spoken. Again, “brown eyes, green eyes, blue eyes…eyes you’ll shut forever.”

It’s a moment after these words that she asks, “What do you say to the God of Death?” Arya replies, “Not today,” before running off to kill the Night King with the late Littlefinger’s Valyrian steel blade. What?! You read that right, Arya Stark runs off to fend for Bran, her brother, moments before the Night King takes his life. Out of no where like a flying squirrel, Arya ends the battle and the living win.

It’s Far From Over

The living may have won the Battle of Winterfell, but Cersei still awaits to take the throne up down in King’s Landing. What’s going to happen next? Tune in to HBO on Sundays at 9pm to see who is still in the running for the iron throne. Sound off in the comments below with your thoughts on last nights episode. Who do you think is going to live to see the top?