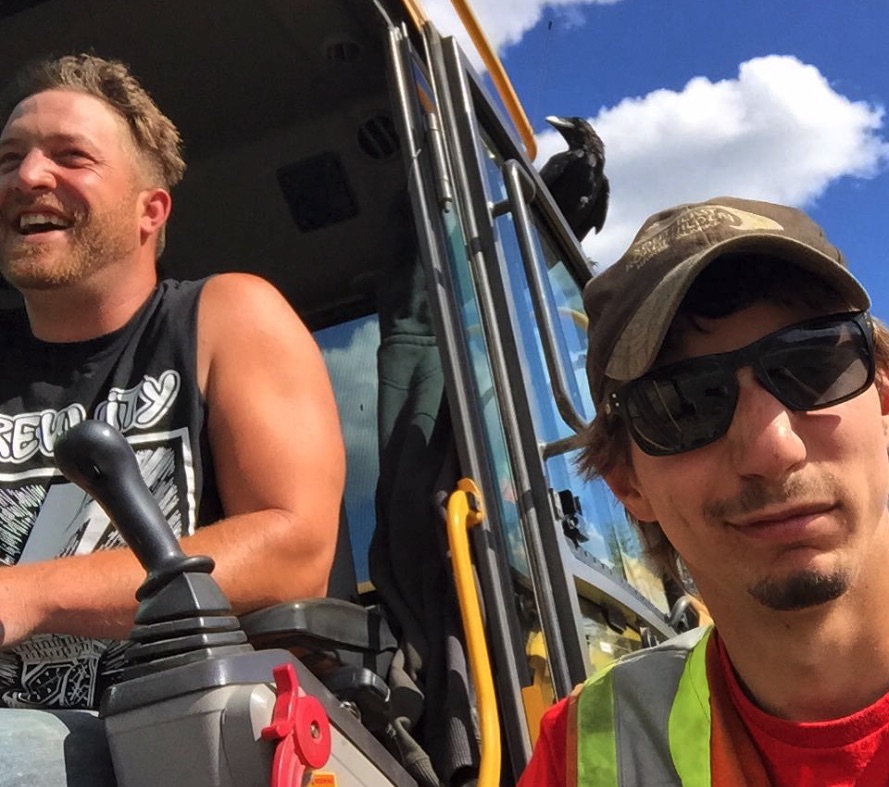 The miners are getting ready to head north for the Gold Rush Season 10. Now that Season 9 is done, a lot of the extra drama has been hashed out. Most of this drama has been between Rick Ness and Parker Schnabel. Has this set up Parker and his former foreman for a Season 10 rivalry?

When Rick started his first season as a new mine boss, he wasn’t even close to being prepared for the mining season. Most of the reason is that his mother passed away from a brain tumor in March 2018, just weeks before he had to leave for the Yukon.

Once he arrived at his Yukon claim, with his Milwaukee pals, who all lacked any gold mining experience, he needed to scramble for equipment. He knew his old mining boss Parker was going to give him a bonus, but he didn’t see his money. Rick got tired of waiting and went to see Parker to get the money he thought he was owed. He felt bad he was put in this uncomfortable position. Parker didn’t think he needed to give a Rick a performance bonus because he quit his crew. Yet, Rick noted that Parker got two jet boats for fifty grand, and he spent nearly $3 million in repairing and buying a new dozer.

In the end, Parker gave him $50,000, about $30,000 short of the money that Rick thought he should have received. He was furious at Parker, and it is clear that this friendship is now sour. Was this the reason that Rick didn’t join Parker for the new season of Parker’s Trail: Papua New Guinea? No. Rick explained on The Dirt that he needed a break. His previous offseason was in Guyana, then his mother’s illness and death. Then, he was scrambling to get ready for his first season as a mining boss. He needed the time off to catch his space.

Saying tonight is going to be ‘fun’ is an understatement on our part… 😜 #GoldRush pic.twitter.com/zWhwARODZH

Parker Thought That Rick Was His Friend

Chris Doumitt has summed it all up best when he explained that Parker thought that Rick was very close friends. It appears that Rick has always just considered Parker his boss, and his pals are clearly his Milwaukee friends. Parker has seemed hurt about this betrayal and says that “Rick Ness does not like me.”

This may be a foreshadowing for Season 10. This small bonus scene was a brief encounter early in the season. But, because it was recently revisited, it seems that Discovery is setting up Parker vs Rick. Will there be other situations? Right now, the only person that Parker may run into is Tony Beets, as Parker and his crew try to get water and a road through Tony’s claim to get to their own claim.

What do you think about the Parker Schnabel vs Rick Ness rivalry? Do you think that Parker was obligated to pay Rick, or do you think that Rick forfeited his bonus when he left Parker? Please share your opinions below in the comments field. Don’t forget, Gold Rush: Parker’s Trail Season 3, without Rick Ness, will premiere on April 5, at 9:00 p.m., ET/PT, on Discovery.

‘Digimon Adventure 02’ Is Back & Its Stars Are All Grown Up
Josie Bates Addresses Fans’ Questions: Has She Had Work Done?
Abbie Duggar Flaunts Baby Bump In Sundress: When Is She Due?
‘Days Of Our Lives’ Fans Get Loud, Start Boycott Petition
Is ‘The Talk’ Coming Back, What Happened?