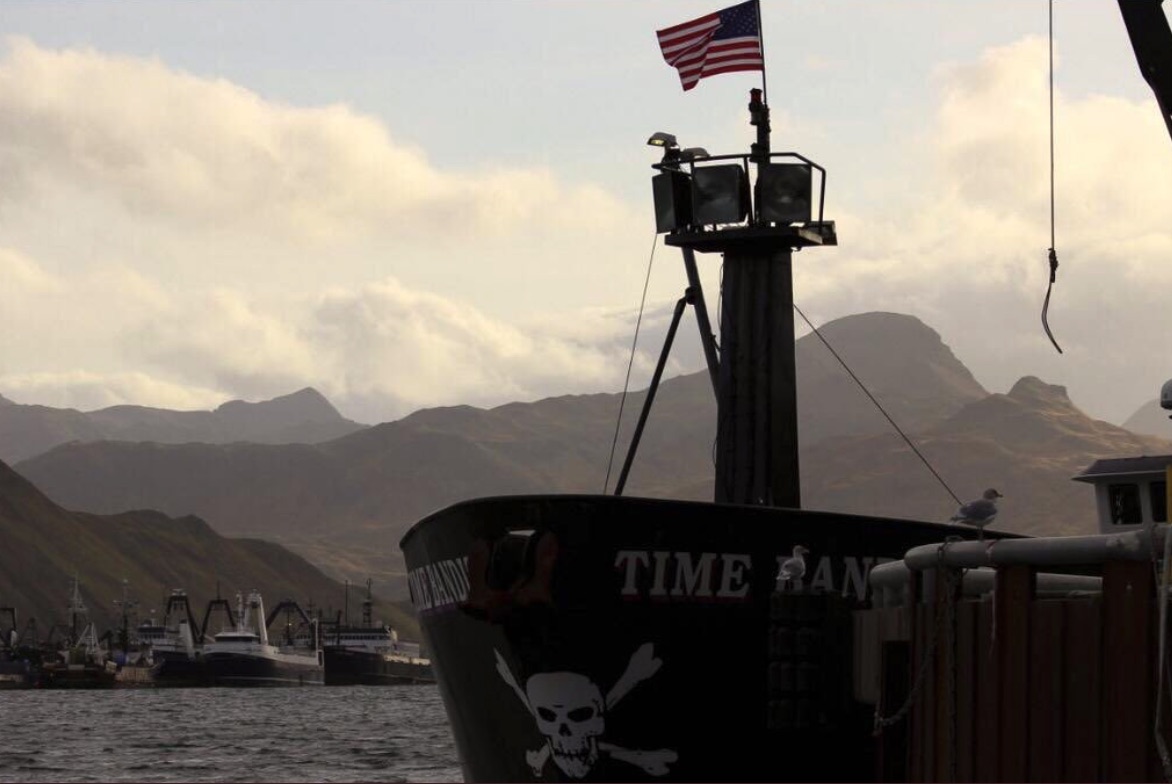 Deadliest Catch fans who have been waiting for the return of the Time Bandit may have to contend that a Hillstrand will no longer be at the helm of the famed fishing boat. The boat is now up for sale.

The Time Bandit Is Up For Sale

Deadliest Catch fans that want to battle harsh waters of the Bering Sea and fish for opies now have their chance. The fabled fishing boat, the Time Bandit,  is up for sale. According to TMZ, the fishing boat is being sold for $2,888,888 million. There is no explanation on why there are so many 8’s in that figure, but obviously, 8 is a lucky number for the superstitious Hillstrands.

Built in 1991, per the listing in Dock Street Brokers, the 113-foot boat has had a lot of recent refurbishments, including an updated galley. This boat was used for salmon fishing and for crab fishing, and can hold  365,000 pounds of salmon and 175,000 pounds of crab. There are four staterooms and 10 berths, for crew and captains. There are a dozen photos of the boat in the listing, with photos of the inside and out. Yet, there are no photos or no mention whether the boat still has the four-person sauna.

When Neal Hillstrand recently divided the assets with his soon-to-be ex-wife, Sugayle Marie Hillstrand,  there was an unusual clause set up for his ex-wife. The divorce clause indicated that if the Hillstrand brothers,  Johnathan, Andy and Neal, sold the Time Bandit, she will get $10,000 from that sale. At the time, that special detail appeared odd. It seemed improbable that the Hillstrands would sell their family boat. Instead, it was a hint that the family of fishermen were ready to hang their hats and move forward.

One of the Doctors I work with was looking to buy it. He did buy a boat for retirement to fish, he found it in Sitka, I miss seeing @FVTimeBandit in Homer Harbor, They fished hard for years, now time for them to play. We have elder service on call. We make sure someone is there. pic.twitter.com/eBS5fSZoVX

The 2018/2019 fishing season promised something better for long-time Deadliest Catch fans. Before the season began, there were indications on social media that the Time Bandit would be back on the Discovery show. On August 30. Deadliest Catch executive producer, Decker Watson, had tweeted that Johnathan “might be back” for Season 15. He also indicted that Jake Harris “seemed to be doing well” and could possibly be back for the upcoming season. Turns, out, neither will be on Season 15, and at least one fisherman would never be on the show again.

Johnathan posted to fans on September 9, that they could not go fishing until the engine was fixed. He then revealed that there was not “an agreement to have cameras on boat. So it doesn’t look like we will be back on the show! #deadliestcatch.” This was the worst news for fans of the Time Bandit. Then, on October 13, Johnathan returned to Twitter to tell fans that the main engine “blew up” and they were totally missing the King Crab season. This was the first time in 38 years that he had missed this important crab fishing season.

Captain Johnathan Moving On With His Life

Why are the Hillstrands selling now? Captain Johnathan had said that his father calls the boat the Time Bandit. He said it was because it sucked the time from your life. The three brothers may now be looking forward to doing something different. Unlike Sig Hansen, and his captain-in-training daughter, Mandy Hansen-Pederson, there is not a younger generation Hillstrand that wants to take on the responsibility of running a crab boat.

Although John has said nothing about the sale of the Time Bandit, this engine blow out may have been the last straw for the storied fisherman. He is now remarried and happy in life. He may no longer want to deal with the problems of being a crab fisherman. Captain Andy has chosen to stay on shore, working on the other Time Bandit businesses. He does not seem interested in doing the grind again. As for Neal, his recent divorce may have him rethinking his life path. Now, those fans who loved watching Captain Johnathan and the antics of the Time Bandit crew will have to rely on watching repeats of Seasons 2-13 of the Deadliest Catch.

As for Decker Watson’s prediction that Jake may be back on the show, that does not appear even remotely possible. TV Shows Ace recently reported that Jake got arrested for a felony DUI, and other problems, when he tried to outrun law enforcement in a RV.

@captjohnathan might come back next season. Hope he does. Jake Harris seems to be doing well. @JoshHarrisDC says his return is a possibility, but it's up to Jake. I'd love to have them both back in the family. https://t.co/iBFpLqNqxX

For all who are asking what our plans are for the season. We will be fishing as soon as the engine is back on the boat. As of today, we don’t have an agreement to have cameras on the boat. So it doesn’t look like we will be back on the show! #deadliestcatch

This is the first time in 38 yrs I’m going to miss a Bering Sea King crab season , besides the closer in the mid 80s !! Our main engine blew up so no season !!!!

What do you think about the sale of the Time Bandit? How do you feel now that you know that the Hillstrands will not be back on the Deadliest Catch? Share your memories and opinions in the comment field below. The Deadliest Catch Season 15 will be returning on Tuesday, April 9 at 9:00 p.m., ET/PT on Discovery.