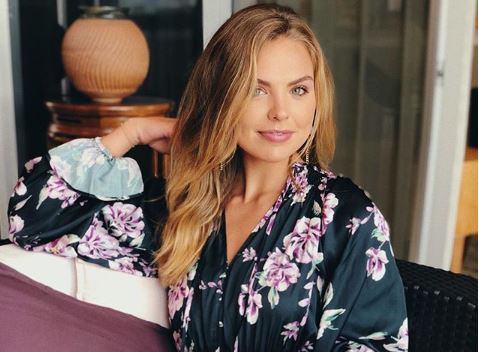 Colton and Cassie have sailed into the sunset. Their love story was nowhere near smooth sailing, with crazy twists and turns that were not formulaic of prior seasons of The Bachelor. For now, they are together. Colton has even moved from Denver to LA to be near his girlfriend. They have discussed buying a house together and living together when they do get engaged or married.

He and Cassie received a trip back to where they had their first date in Thailand. They also got a Neil Lane engagement ring for when Cassie is ready to become engaged to Colton. They are gracing the cover of People Magazine and making media rounds, including Jimmy Kimmel Live and Good Morning America while Caelynn is receiving death threats.

The other girls are moving on

Hannah G is nursing a broken heart. At the finale, she didn’t seem ready to jump right into another relationship. Many in Bachelor Nation already want to fix Hannah G up with Blake who also had a brutal breakup. Hannah B has been cast as The Bachelorette.

What about beauty queen Caelynn? She can’t be feeling too great that her former arch-enemy Hannah B is the new Bachelorette and her new bestie got the guy. Yes, she did whisper to Cassie “get engaged” when she surprisingly did not receive a rose after hometowns. She didn’t really want Colton because she had bigger fish to fry. Her eyes were on the sole prize of Bachelorette. For a while, she seemed to have the best chance of achieving that dream. She was down to the final four, beautiful and had revealed herself to be a survivor of sexual assault. Caelynn certainly checked all the boxes for the leading lady. She has looks, personality, story and an important platform.

On the finale of #TheBachelor, on the morning after Cassie and Colton’s first intimate night together in the Fantasy Suite, Cassie says her “calf still hurts”…

Following last week’s Women Tell All episode, Caelynn posted on Instagram about the intense scrutiny and bullying she and the other contestants have been subject to.

How is Tayshia now?

Tayshia Adams didn’t seem near as heartbroken over Colton leaving her as Hannah G did. Maybe it is because she broke up with her boyfriend the day before she left for the filming of The Bachelor. It wouldn’t be shocking at all if news came out at some point that they are together again.

If any of these girls have moved on and found love, then they aren’t sharing it yet. That means you can assume they will at least be considered for Bachelor in Paradise.

Colton’s season is finally over and filming for Hannah B’s season begins with the male contestants this week. Hannah B could be engaged before the premiere episode of The Bachelorette airs on May 13, 2019. Hannah didn’t seem to bond with any of the other contestants as Becca and Rachel did so its doubtful castmates from her season will make cameos to help Hannah out as Bachelorette. Cassie could appear to root Caelynn on.

Are you happy that Hannah B is the next Bachelorette or who were you hoping it would be? Share your thoughts in the comments below.