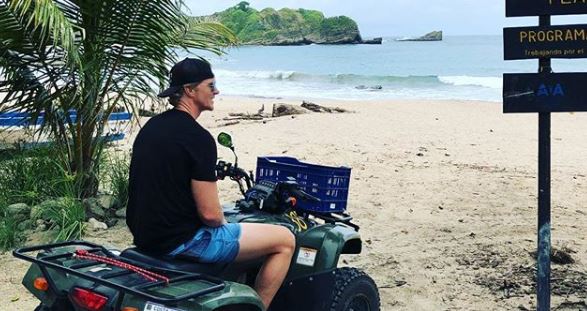 It is going to a religious experience this week on Young and the Restless.  It is replete with weddings, miracles and maybe a resurrection and just in time for Easter.  This week viewers can say goodbye to writer Mal Young’s most hated plotlines.  JT’s murder will come to a shocking and climactic end.  This week won’t be without a little scheming; it is after all Genoa City.

Could you see Summer as Mrs. Kyle Abbott? Tell us what you think about this wedding proposal! #YR

By week’s end, viewers will see Kyle and Summer married, and Lola’s fate saved.  That is if Lola doesn’t die after seeing what her beloved did while she was languishing in a hospital bed.  Summer’s plan reveals itself, but that doesn’t slow down the momentum of this quickie wedding.  As Summer continues to plot and scheme to get her way and perhaps marry Kyle for keeps. Until she inevitably dumps him when she gets bored.  Her last husband didn’t exactly meet the best fate once Summer could no longer use him to her slimy advantage.

The verdict is in this week on #YR! 👏 AND will Kyle follow his heart no matter the cost? Make sure to tune in!

The murder trial comes to a quick and shocking conclusion this week, and it’s likely because JT is back.  Or at least the actor who portrays him, Thad Luckinbill.  Here’s to hoping he sticks around and appears as more than a hallucination or a dream.  Fans of Young and the Restless have sorely missed Luckinbill and his luscious flaxen locks since his departure.   With almost all the Newman women implicated in the crime, it seems as though an acquittal is on the table.  After all, with no remains found it looks as though maybe JT was never dead at all.  Or he has an evil twin and an excellent story.  If JT was never gone, there is no murder to convict any of the Newman women.  The Newman women get off scot-free and can run off into the sunset to cause more trouble.

To honor Kristoff St. John, #YR will air a special tribute to him during the show on Friday, Feb. 8. His final episode of The Young and the Restless will air tomorrow. Please join us in saying goodbye to a beloved member of the Y&R and @cbsdaytime family. ♥️

Grab your tissues this week the late Kristoff St. John’s character, Neil Winters will be honored by Young and the Restless.  St. John tragically died of an alcohol overdose.  He is sorely missed by his castmates and fans alike.  Fans should take heart because while St.John is gone, a new Adam Newman is back on the scene.  Viewers anxiously await his return and mourn the loss of his most recent incarnation played by Justin Hartley.  Hartley will be hard to forget, but it should be noted Adam has been recast, four times already.  His character might be robust enough to support the performance of any actor.

Find out the fate of Genoa City weekdays on CBS. Don’t miss new episodes of The Young and the Restless.