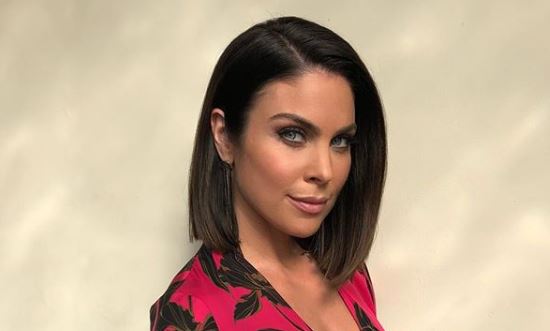 Days of Our Lives is undergoing several changes to its cast. The soap, which was recently renewed for its 54th season, recently brought back beloved character Jack Deveraux (Matthew Ashford.) His daughter Abigail Deveraux has an old-new face as newbie Marci Miller handed the reigns back over to Kate Mansi to wrap up the Abigail/Chad (Billy Flynn) storyline.

The revolving door is closing again for Nadia Bjorlin (Chloe Lane.) Nadia originated the role of Chloe in 1999. Originally, Chloe was a teenage outcast, oft-referred to as “ghoul girl” by her tormentors.

#TBT to “Day of Days” about a month ago at Universal Citywalk … such a fun day with my gorgeous, talented and sexy cast mates, celebrating the show’s anniversary, and all of the loyal fans who’s support we’re SO grateful for… Much love…❤️🥂 #daysofourlives #dool #bandolier #chloe #broe #gabi #kayla #eve #brady @camila @ericmartsolf @kassiedepaiva @marybeth.evans

Nadia previously left the show in 2003, 2005 and 2011 to pursue her singing and acting career. As previously reported, Arianne Zucker will be returning to the soap in her role as presumed-dead Nicole Walker. Much of Chloe’s storyline revolves around caring for Nicole’s child.

Paul Telfer, who plays Nicole’s husband Xander Kiriakis, has also been let go from the soap. Paul originated the role of the nephew of Salem tycoon Victor Kiriakis (John Aniston) and has played the shirt-hating bad boy Xander off-and-on since 2015.

Xander was in the building that exploded when Nicole was “killed” and is responsible for bringing Jack Deveraux back to Salem. Given that Nicole is actually alive, perhaps she has some role in the character’s exit. You’ll have to stay tuned to find out what happens. It’s a safe bet that Xander won’t be wearing a shirt when whatever happens goes down.

The third character on the chopping block is Claire Brady. Played by novice actress Olivia Rose Keegan since 2015 when the soap SORASd (Soap Opera Rapid Age Syndrome) Shawn and Belle’s daughter as a sweet 20-something.

During her tenure on Days, Olivia Rose Keegan has seen Claire through her innocent girl act to a manipulative woman who makes deals with serial killers (Ben) to break-up Tripp and Ciara.

No news yet on how or when Claire exits the canvas, so stay tuned for more updates about Days of Our Lives.