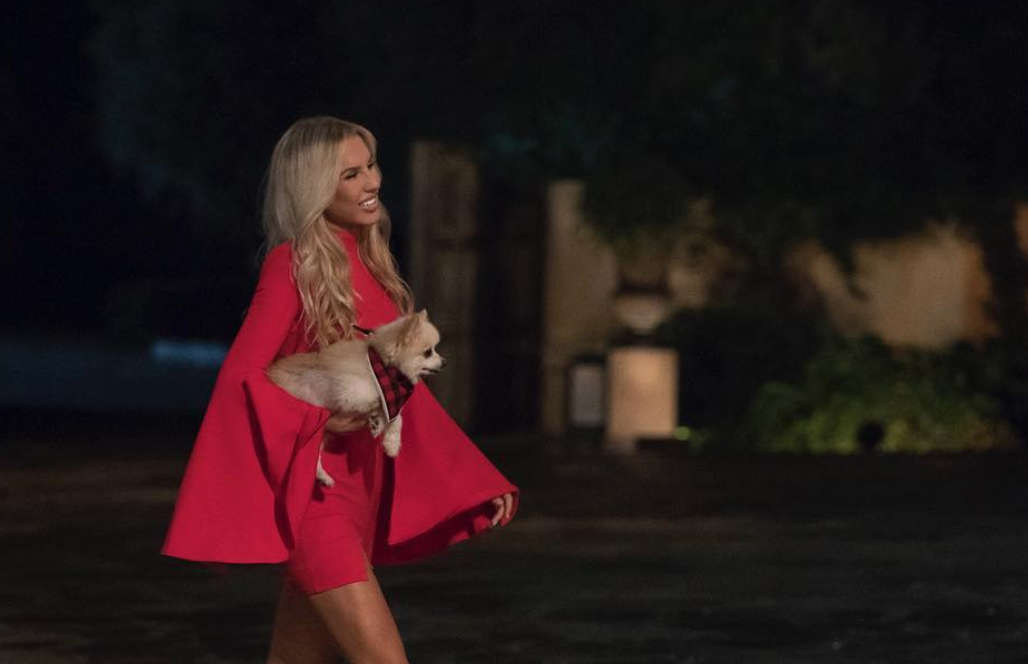 Catherine Agro was quickly deemed the villain of this season of The Bachelor. Her constant interruptions during night one drove everyone, including some viewers crazy. However, after night one we didn’t see her much and on Monday, Colton sent her home.

Catherine Agro on The Bachelor

Catherine rolled into The Bachelor with her dog, ready to win Colton Underwood’s heart. She fearlessly interrupted multiple girls to make sure she got plenty of time with the NFL star. However, despite her night one drama, viewers didn’t see too much of her after that.

Unfortunately, Catherine was sent home, but according to Cosmopolitan, she’s not too sad about that fact. She just knows it wasn’t meant to be and there’s nothing wrong with her.

“Just because you’re getting sent home, or not making that connection, it doesn’t mean there’s something wrong with you,” Catherine told the magazine. “It just means that’s not the right person for you, and I think a lot of people internalize that into like, something negative.”

In addition, Catherine knows she was deemed the bad guy but doesn’t mind because she was honestly just being herself.

Now, the villain isn’t Catherine as much as it is used to be and the season villain actually appears to be Demi. Catherine also says, that what viewers may not realize is she was getting interrupted by other girls about every thirty seconds, she didn’t actually get time with Colton either.

Who Does Catherine Want to Win?

So, who does Catherine think will win Colton Underwood’s heart? She’s rooting for Cassie. She says on group dates she could feel the connection with him and thinks she will go far.

“I was on a couple group dates with Cassie and she is such a sweetheart. I truly felt [their] connection, so I wouldn’t be surprised if she stays in the top running,” Catherine told the magazine. “She’s a really good person. I definitely saw their connection for sure.”

Were you happy or sad to see Catherine go home? Do you think she was right about her predictions? Let us know your thoughts in the comments and be sure to tune in Monday nights to see the drama unfold on The Bachelor.