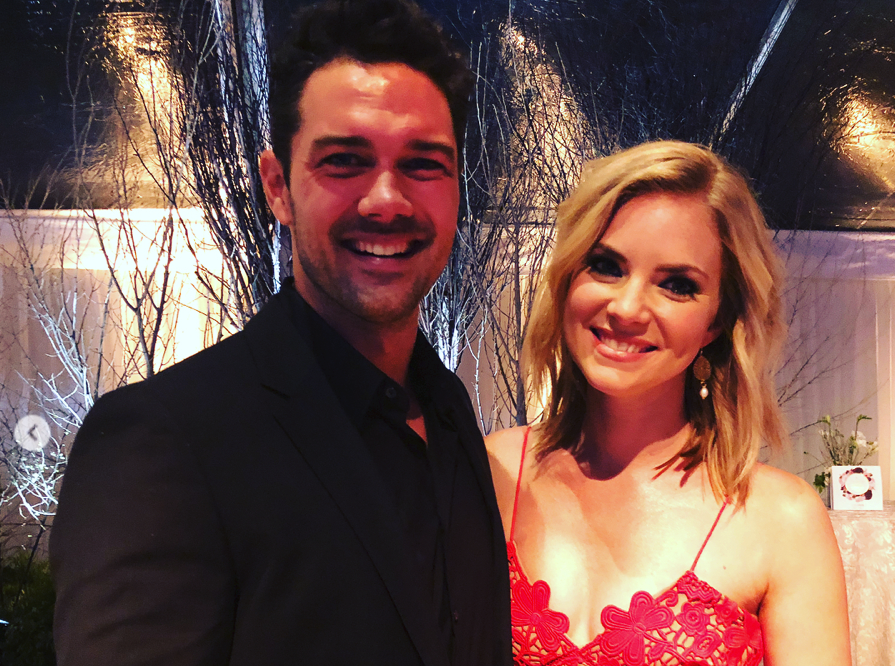 Waiting for a new Darcy Hallmark movie? Fans of Donovan Darcy and Elizabeth Scott will be able to look forward to another chapter in their story. What do we know now and what could this next chapter be about?

Back in October, Ryan Paevey, who portrays the dashing, dog-loving Donovan Darcy, discussed another series movie when he spoke to Soap Opera News. It was at that time he confirmed that there will be another Mr. Darcy movie. He explained that a third movie was green-lighted, a definite go, but he also added that this would be just the beginning. He explained that Hallmark wanted to do more than just sequels.

“It’s kind of its own franchise. But I think they want to make it into something bigger than that.”

The series was written by Teri Wilson, inspired by Jane Austin’s Pride and Prejudice, but with dogs. In Unleashing Mr. Darcy, Cindy Busby portrays Elizabeth Scott, a teacher who loses her job because of an accusation against her character. Ryan Paevey portrays Donovan Darcy, a wealthy philanthropist, and fastidious dog show judge. She thinks he’s too proud, and he believes she is prejudice. The chemistry between Busby and Paevey is electric, and the Cavalier King Charles dogs absolutely adorable. In Marrying Mr. Darcy, the story continues. Now there will be a third movie!

Teri Wilson, the author of Unleashing Mr. Darcy and screenwriter for Marrying Mr. Darcy was a guest on the Bubbly Sesh podcast back in May 2018. She confirmed that she had written a Darcy Christmas book. She had said it was to come out in October of 2018, and the working title was Merry Christmas, Mr. Darcy. But, that time has passed and that book has not yet come out. Teri Wilson’s most recent novel is The Accidental Beauty Queen, which came out in December.

Could the Darcy Christmas book perhaps come out later this year? That seems possible, but no one is saying a word. During Hallmark’s Christmas movies of 2018, there were two Pride and Prejudice inspired movies. The first was Christmas At Pemberley Manor and the second, Pride and Prejudice and Mistletoe, based on a Melissa de la Cruz novel. Perhaps her novel was delayed in order to coordinate with a Hallmark movie?

Teri’s agent turned it all around

No matter the case, the Darcy Hallmark franchise has been quite an unexpected blessing for the Rita finalist. Originally, Unleashing Mr. Darcy was Teri Wilson’s first big book. It came out on New Year’s Eve 2013 to much fanfare, but it didn’t do well. Things were so bad, she even lost her publishing contract. But her agent was determined to “turn this around.” Teri’s agent managed to get a friend to pitch Unleashing to Hallmark. Although she didn’t have any input on the script, she was able to have a cameo in the first movie and watch the filming. She did share a fun antidote. After Ryan did the infamous pool scene on a chilly November day, he put on a robe to warm up, and proceeded to eat Rice Krispie treats. Apparently, he felt ok about consuming carbs after filming the swimsuit scene.

What Could Be Next For The Darcy Series?

What direction could the Darcy story go in future movies? First, could Donovan and Elizabeth have a baby? What about Elizabeth Scott’s sister, Jenna (Tammy Gillis)? Could she and Darcy’s best friend Henry Robson (Ryan Kennedy) get hitched next? Perhaps Aunt Violet Darcy (Frances Fisher) could have her own romantic storyline. Then there could be a nod to the original Pride and Prejudice and Zara Darcy (Yasmeen Ball) could meet the wrong guy?

When Ryan Paevey spoke to On The Rocks Radio, he stated that he heard that “it was a yes,” when asked if another movie was green-lit. What he wanted for the next episode was the incredible honeymoon that Donovan had planned for Elizabeth. Fans who saw Marrying Mr. Darcy will recall that Donovan is so busy working and not part of the wedding plans because he wants to surprise Elizabeth with an amazing trip around the world. Now that would be pretty amazing!

Wedding Trivia hosted by yours truly and @ryanpaevey in anticipation of #marryingmrdarcy June 2nd on @hallmarkchannel the one and only! #hallmark #wedding

Fans would be happy to see the series continue, just as long as there are the cutie pie doggies featured in each movie. Hallmark currently does a lot with dog rescues and that could easily be incorporated into a script. As for what bigger plans Hallmark has for the series, fans will certainly watch. The cast and series is so great that Darcy can only get bigger.

How soon will this next movie be out? There is no information on the title, when this will be filmed or when it should air. But, Hallmark movies are not like traditional movies, they move fast. Teri explained that the movies only take three weeks to film and are aired on Hallmark two months later. For now, Darcy fans can get behind the upcoming March 5 DVD release of Marrying Mr. Darcy and relive the magic again.

‘RHOSLC:’ Jennie Nguyen Shunned By Co-Stars
Fans Judge Jenelle Evans For Latest Innocent Video
Is Meri Brown A ‘Monster’ Or ‘Loving Sister Wife Mom’?
‘Young and the Restless’ Weekly Spoilers: Victor Goes After Ashland Locke
Take A Look Behind The Scenes At The ‘Dancing With The Stars’ Tour!