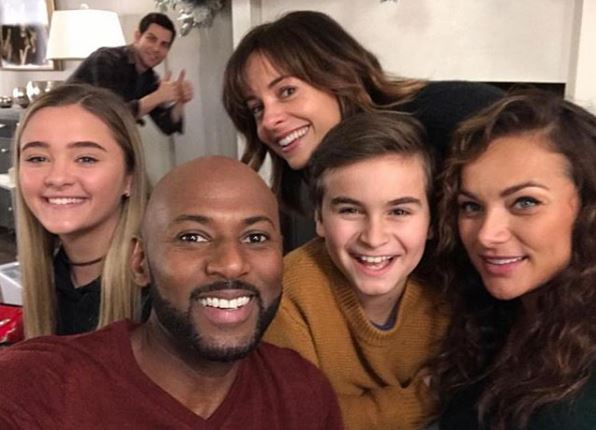 Last night was Season 1 Episode 11 of A Million Little Things. Viewers were expecting a big reveal, but what they shared everyone already knew.

So not fair. Danny’s sexuality was not THE SECRET we were waiting to be revealed. Viewers already knew this one. This is not even something about her son that widowed Delilah, whose life has been turned upside down, needed to learn right now. Sure she handled it extremely well, but she really needs to find out why her husband was $18 million dollars in debt. Why she (and therefore her kids) are left liable for the debt? Who forged her signature?

“Nothing about suicide makes any sense….”

The 5K marathon the characters participated in is an analogy for life. Life is a sprint, not a race. It doesn’t matter when you cross the finish line. Do it in your own time. You’re a winner as long as you make it across the finish line still standing.

Remember that Gary and Maggie sang “I’m Still Standing” at the restaurant a few episodes ago.

Maggie seems to have met Gary for some reason

Suddenly, Maggie’s overall presence isn’t making that much sense. Sophie is cheering this woman on at the end of the track. Maggie slept with a man she met at a support group. Then she attends his best friend’s funeral and becomes best friends with all of his close friends. This happened around the same time Jon ended his life. Could Jon have orchestrated for her to enter Gary’s life (and all of theirs)?

Viewers still have no answers about who Ashley really is, along with who is that dark-haired woman (played by Constance Zimmer) at Jon’s funeral who commented on Eddie’s beautiful eulogy who Ashley knows. Could Barbara Morgan be the old lady who called him Johnny?

Maggie reminds Gary, “Jon was human like the rest of us.” Later Gary quotes Maggie back to her to remind her that she is strong, powerful and human.

Rutledge is a term we came up with in the elevator. Take care of my family.

“Turns out Jon needed us too and we weren’t there for him.”

Six payments have been made since Jon died. Ashley deposited the money. Did Ashley close out the Rutledge account so it can’t be seized? How and why did she have access to this account? The bank didn’t even ask for any identification or have her sign anything before handing her the check.  Is Ashley Glenda, the good witch or the evil, wicked witch?

Most importantly, what is the twist of fate we will never see coming? Who can uncrack this intriguing mystery which will now consume us every Thursday night at 9PM EST on A Million Little Things? It is time for some answers, but for now they are just leaving everyone wondering.