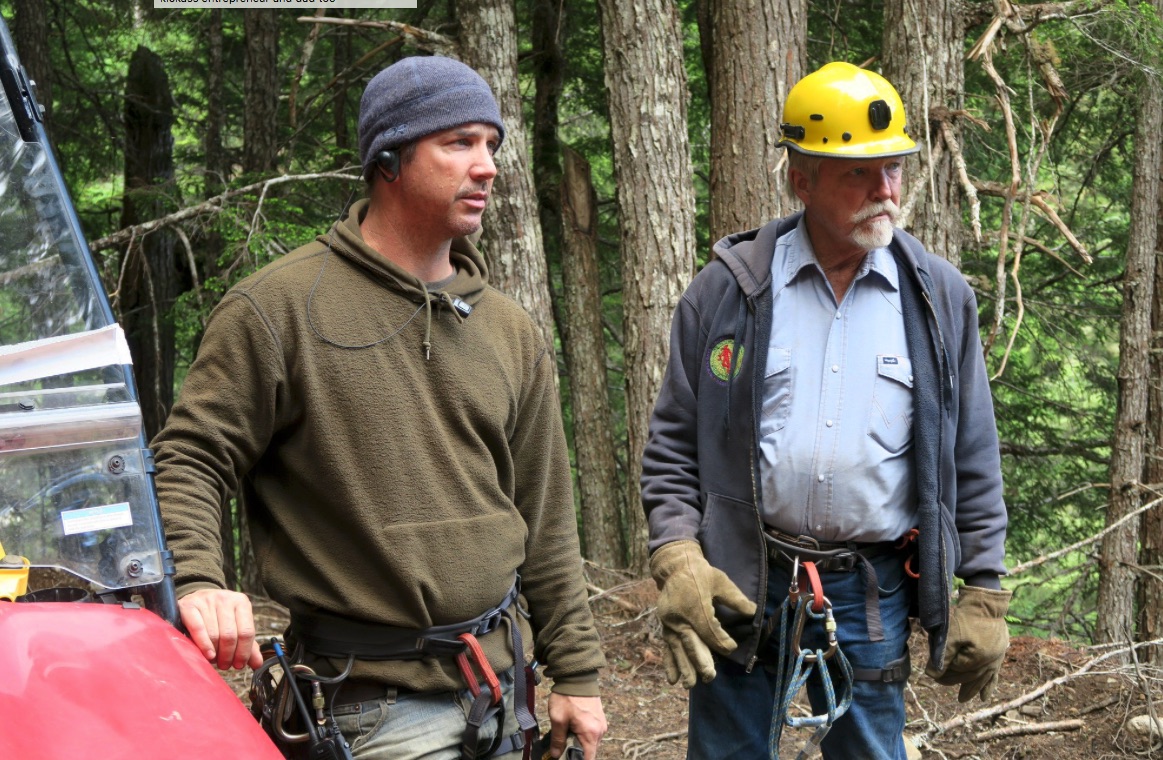 The Dakota Boys, Fred and Dustin Hurt seem to have prepared their entire lives for this acrobatic treasure show, Gold Rush: White Water. In the preview to episode 2 entitled “Burned Alive,” it demonstrates that in this second season, this team is not afraid of anything. Nothing will stop them from getting to the gold.  What extreme obstacles do the father and son need to go to this week to achieve their quest for gold?

Dustin Hurt knows that White Water is ultimately an adventure show. In the preview, he explains that his ability to rock climb on an unsteady surface. This skill allows him to get to gold that would be impossible to reach using conventional machinery, as they do on Gold Rush. At Cahoon Creek, Dustin, a fit, former forest firefighter, explains that he has been rock climbing for over 14 years, but even this is a bit of a challenge for him.

“There will be a little bit of bushwacking today!”

Because of his elite skill set, Dustin was able to buy claims that others dared not because of the extreme mining. While other gold miners are turned away at the obstacles in such gold claims, Dustin looks to rock climbing and diving in order to get to the gold as a fun challenge. But, the rocks are loose and that can be a physical obstacle to anyone who is not paying close attention.

"I'm been a climber for 14 years… it's given me the skills to get places other people really have a hard time getting to."

The journey to the claim is a dangerous endeavor on Gold Rush: White Water. #GRWW pic.twitter.com/z2E56qvJgu

Dakota Fred Hurt On His Other Show

Dakota Boys fans who can’t get enough gold mining have another program to watch.  On social media, Fred Hurt explained that Gold Rush: White Water was a Discovery Production, but his documentary, Gold Blooded, is available on Amazon to stream. The father-son team is entertaining and their adventure quest is fun to watch. Already, the first episode of GRWW has had impressive numbers that have matched the impressive gold mining techniques. Gold Rush fans can’t get enough of this gold mining treasure hunt.