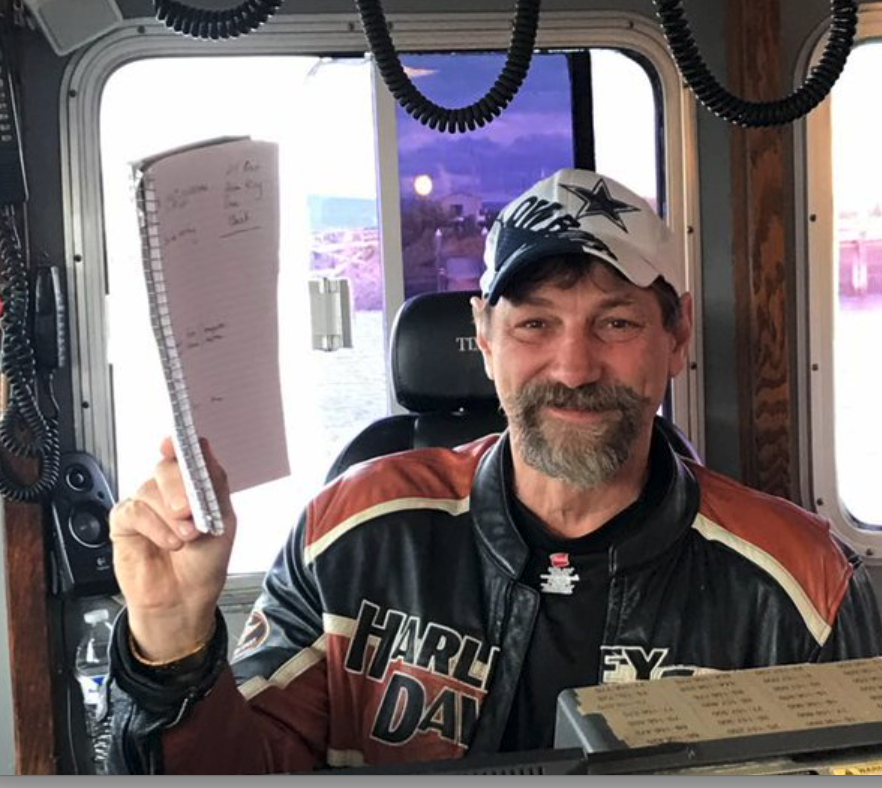 Deadliest Catch fans really missed the popular Time Bandit crew in season 14. Despite retiring in season 13, fans hoped that Captain Johnathan would be back filming for the fifteenth season of the Deadliest Catch. The fan favorite recently announced on Twitter he won’t be back for season 15. Why isn’t Johnathan Hillstrand returning to the Discovery show?

When Deadliest Catch season 13 began, viewers were told this was Captain Johnathan’s final year. He was retiring. This meant he was no longer starring on the Discovery show. Throughout his final season, the always emotional captain discussed his father and his proud Swedish family history. Then the season ended in true Time Bandit fashion! Whether happy or sad, the bad boys of the Bering Sea are known to blow up a few things. They honored John with a bang, as the sky exploded in a magnificent display of patriotic colors of red, white and blue.

Captain Johnathan’s personal life also changed. In the spring of 2017, Captain John married the former Heather Hamilton. The two met at church and had a long courtship before they tied the knot. Since his marriage, the happy couple have been active on social media sharing photos from trips to Hawaii, the racetrack and even the Kentucky Derby. Despite appearing blissfully happy in his personal life, his crab fishing work life has hit some bumps of late.

Season 14 of the Deadliest Catch was without Captain Johnathan, but it did feature the return of Captain Josh Harris and the Cornelia Marie. The Time Bandit made way for the young captains of the Saga and the Brenna A. Yet, it appeared that John un-retired.

Captain Johnathan was very active on social media, clearly fishing crab on the Bering Sea! He explained on Twitter it was “the taxman” that brought him back fishing. Turns out he had other plans to start a brand new crab fishery, but the bureaucratic and slow paperwork prevented this for transpiring.  Captain John went back to fish Opies and King Crab sharing “Crab Facts” on social media. He even tweeted to Inquiring fans to ask Discovery to bring him and the Time Bandit back to the Deadliest Catch for Season 15.

Yes I’m still fishing ! The dam tax man and those bill collectors won’t let me quit! No cameras except my I phone here 🙂 let Discovery channel know if you want Time Bandit back next year 🙂 love you all !! pic.twitter.com/cchqXbALRX

Why The Time Bandit Will Not Return To The Deadliest Catch

Before the boats went out for season 15, it appeared that Johnathan was going to be back on the show. As TV Show Ace previously reported, Deadliest Catch executive producer Decker Watson tweeted that “@captainjohnathan might come back next season.” The award winner added, “Hope he does.” He also shared the possibility that Jake Harris will return to Discovery. Long-time fans were certainly excited. Yet, the unthinkable happened to the Time Bandit.

On October 13, Johnathan Hillstrand tweeted some very upsetting news. They were not going crab fishing because the main engine blew up.

“This is the first time in 38 yrs I’m going to miss a Bering Sea King crab season, besides the closer in the mid 80s!! Our main engine blew up so no season!!!!”

The next day, Captain John was his normal affable and positive self as he told fans “Everything is good,” and “These are the best of times.” By the end of October, he thanked fans for the “encouraging posts” and explained that the two Eddies, Junior and Senior, along with Axel, were returning the Time Bandit to Homer, Alaska. Meanwhile, John and Heather were moving.

‘The View’: Whoopi Goldberg BEGS To See Nudes Of Co-Host
‘Bachelorette’ Clare Crawley Is Finally Married
Hulu Cancels Another Popular Show After Just One Season
Fans Go Nuts Over Kourtney Kardashian’s Latest Tableware
When Does ‘The Last Of Us’ Episode 4 Drop On HBO & HBO Max?