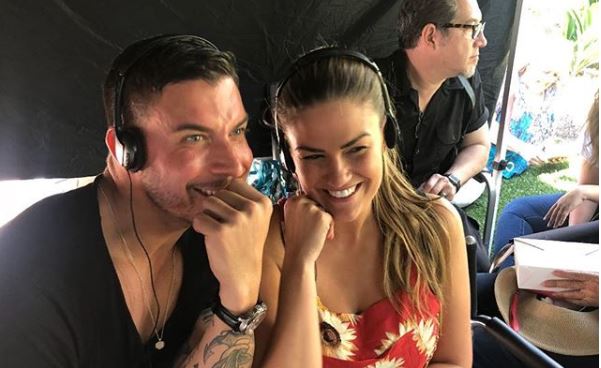 Jax Taylor and Brittany Cartwright of Vanderpump Rules recently got engaged. They are doing great and planning their Kentucky wedding. E! Online shared that Jax is now sharing the special meaning of her engagement ring. On the new season of Vanderpump Rules, the viewers will get to see this big proposal come together finally.

Jax Taylor is seen in a preview talking to Tom Sandoval about the engagement. He says that it will happen tomorrow. Tom replies saying, “Jax had mentioned he was going to be proposing soon, but I didn’t realize it was tomorrow. Obviously Ariana and I have been together for much longer than Jax and Brittany, but it’s not awkward that they’re getting married before us.” The thing to remember is that Brittany wants a marriage and Ariana Madix isn’t sure she ever even wants to get married. If anyone could talk her into it, then it would be Tom.

Britany Cartwright’s engagement ring is a pretty big one. Jax does make money on the show, but everyone knows that he isn’t rich. It turns out that there was a way he was able to get her such a big ring.

She said yes!!! I can’t wait for y’all to see how this happened next season!!! I am marrying the woman of my dreams and I could not be happier!! 💍 make sure y’all tune in season 7 to see how this unfolded. (Swipe left) my amazing friend/brother @kylechandesign knocked it out of the park on this ring. I told him a few details but I trusted him and as you can see he came through above and beyond. When I decided to do this he was the only one I wanted to design Brittany’s ring and this is why.. flawless Kyle absolutely flawless. Also thank you Margaret owner of @Neptunesnet for allowing me to make this special day possible at one of our favorite spots to eat in Malibu.

Jax explains how he got the ring and its meaning

When Jax’s dad died, he left his sister and him both some money. Jax decided to use it in a great way and that was to take care of his bride-to-be. He even shared that when he looks at the ring he can think of his dad. That is another great memory for Jax. He was really close to his father.

Brittany Cartwright was Jax Taylor’s rock when his father passed away. She just let him do what he needed to do and handled everything. It turns out that she set up flights, got them to Florida and made him realize he was crazy not to marry this girl.

Are you excited to see Jax and Brittany get married? Vanderpump Rules will be back in December with new episodes on Bravo.