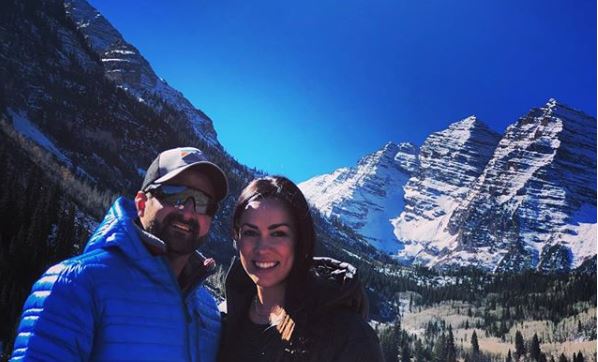 The Bachelor is about to return for another season and this time Colton Underwood is trying to find love. TV Shows Ace got the chance to talk to Jesse Csincsak of The Bachelorette and get his thoughts on this season. Jesse also gave a big update on how his family is doing.

Colton Underwood as The Bachelor

The next season of The Bachelor is with Colton Underwood. He happens to be a virgin, which is not normal for someone being the lead on the show. Jesse shared his thoughts on this casting decision.

Jesse said, “I feel bad for the person as there’s not enough money in the world that would make FLEISS cashing in on that worth it !!” Mike Fleiss is the creator of the entire Bachelor franchise. Colton has made it clear he is still okay with going into the fantasy suites, but this is so he can have time with the girls without the cameras around.

Jesse Csincsak gives an update on his family

Jesse Csincsak was on The Bachelorette but met his wife off the show. She was actually on Jason Mesnick’s season of The Bachelor. They met because of the show, but just not actually on it. Jesse gave us an exclusive update on how they are all doing now. Here is what Jesse had to say.

“Life after the show is awesome you never really hear about people once they leave the fiction life of the set but, we are a family of 5 now. We have three children, which are Noah Theodore Csincsak, 7, Charlotte Jeanne Csincsak, 4, and Carter James Csincsak, 1.

Ann is a very successful realtor working with one of the top producing real estate teams in all of Arizona at REMAX Excaliber same office that Bachelor Arie Luyendyk Jr. works at.

We are blessed beyond belief.”

It sounds like Jesse and Ann Csincsak are doing great since finding love with each other. It is nice to see couples meet because of the show and find their true love.

Make sure you check back with TV Shows Ace for more exclusives and the best in television news.