Last week on Sister Wives, three of the women left for various obligations. Meri headed to Utah for the 150th celebration of Lizzie’s Heritage Inn. Due to COVID, it was all being held virtually. Mariah and Audrey were there, still running the inn and preparing for their wedding which is a year away. Janelle left for North Carolina. Her granddaughter, Evie K, was having a big first birthday surgery after being diagnosed with FATCO. Finally, Christine took Ysabel to New Jersey for her much-needed scoliosis surgery.

It broke Ysabel’s heart that Kody was not going to be there. Yet, he still deemed it too risky. In fact, he acted as if his wives had left for these leisurely vacations. It took time for him to acknowledge Janelle and Christine were actually dealing with serious situations. At the same time, Meri was working on her business. Now, Ysabel will have her surgery. How will she fare so far away from Kody?

Christine, Ysabel, Gwendlyn, and Truely have gone to New Jersey for the surgery. They are staying with Christine’s sister who is about an hour from the surgical center. It is hard because it is during a pandemic but they are doing what is best for Ysabel. Christine does not mind being away from Kody right now though she does wish he was able to be there. Meri, too, wishes more people could be with Ysabel during this but believes Christine is navigating the situation the best she knows how to. 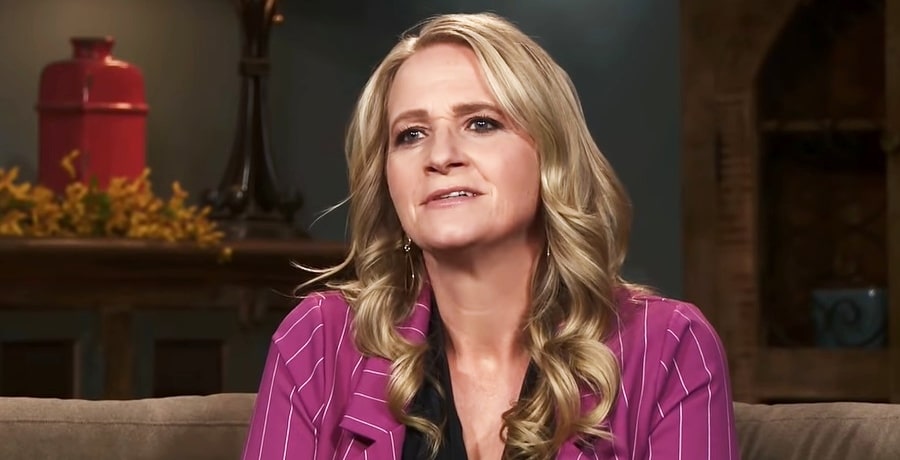 Janelle says she feels deeply that they are not all there to help Christine and Ysabel. Yet, Christine is managing it super well. The morning of the surgery, Ysabel wears her father’s hoodie so it can be like he is giving her a big hug. Christine makes her repeat she is wearing the hoodie because Kody is not there. She does reiterate he has been to every appointment, even the out-of-state ones. Therefore, she is trying to not be too mad at him for not being at this one.

Ysabel was smiling and laughing with the nurses. Christine is extremely confident in the doctor but it was so hard to watch her daughter get wheeled away. They then flash to Ysabel’s journey and how much pain she has been in. The braces she had to wear, all the bruising, really hammering in how essential this surgery is and was. When Ysabel said she was in pain every day nine months prior, Christine started applying for insurance. Now, she is giving her daughter this gift.

Kody Stays Away From Janelle

Since two of Janelle and Kody’s sons work and go to school, Kody has decided to maintain social distancing when he is at Janelle’s home. She has been back from North Carolina for a few weeks but he still does not feel safe. He then learns that Maddie and Caleb are not going to be visiting from North Carolina for the rest of 2020. They thought it could happen but it’s just not feasible. She starts to share their son, Garrison almost has enough for his own home. Unfortunately, he cannot afford the down payment.

Kody has asked if Garrison could move out because he is too social. Janelle is not going to do that and reminds him they helped Maddie and Caleb when needed. She also reminds Kody they never had to take care of Garrison with the exception of getting a car. He went to the military and took care of the rest. Kody feels that Gabe and Garrison are the reason he cannot have a normal marriage with Janelle. He also cannot see their youngest daughter as much. She learned early in plural marriage to not make her husband the center of her life.

Christine has made her kids the center of her world, as well. Kody does not feel he is the head of the home anymore. He sees he does not have a good relationship with Christine but he does know his marriage with Janelle is worth saving. Kody says he is a polygamist and did “crazy sh** to get into heaven” and will do crazy stuff to keep people safe. He is conceding he is not the head of this household anymore and that’s not the deal they made when they wed.

Ysabel’s surgery took two hours longer than expected. The doctor even seemed beyond exhausted when he came to give his report to Christine. Her curve was so bad and she has a lot of screws up her spine but she went from 55 to a 15-degree curve. That is huge. When Ysabel first sees Christine, all she wants to know is if she has a “killer scar.” Then she asks for her mom to call Kody and to tell him that she misses him. All night, Ysabel was in so much pain. The worst part was she kept asking for her dad repeatedly.

Her doctor explained as she was coming out of anesthesia, she would keep asking for the same thing unknowingly. Luckily, Kody was able to FaceTime her and be a great cheerleader for Ysabel. She has a handful of things she must master in order to leave the hospital. As for Meri, she is having a mental recovery. She is running two businesses and living alone so it is very hard. All the wives are feeling a sense of loneliness in their own ways.

Robyn is the only one who sees him the most because she is not a rule breaker. They believed plural marriage would allow for them to never have to walk alone. Meri and Kody had a talk and they are now just friends but she will always stay as she loves Robyn’s youngest kids.  Janelle checks in with Meri yet she is seemingly the closest with Christine. She wishes she and Kody could have somewhat of a whole relationship again. In fact, Kody wishes his whole family could be better at communicating during this pandemic but says they are “sad sorry lonely little people.”

Love Is All You Need

Ysabel is taking her big walk down the hall of the hospital to allow for her release. They have a pain management plan and are heading back to Christine’s sister’s home. Mitch and Aspyn have come from Utah to surprise Christine. Janelle and Kody’s son, Hunter has also come to see them. Christine knows it is risky on paper but she sees it was vital for them to be there. She had them follow the same protocols they did and knows how much it meant to Ysabel.

After six weeks, Christine and the girls have returned. The adults are coming over to get an update. Christine is drained as she has to be up every two hours to administer pain meds to Ysabel. Janelle offers to come over to help as Maddie had her appendix out and she was on a medicine rotation. Ysabel comes outside and reveals she is now an inch taller, making her officially 5’11.

Janelle says the best part of the story is hearing Ysabel ask for her dad but Ysabel doesn’t remember that. She does not remember much. Kody still maintains he wishes they had waited but is happy they went the route they did. Ysabel leaves and Christine says her daughter is in a lot of pain yet put on a brave face for the company. She was just happy to have visitors and to show off her scar. As the show ends, Christine says it all has to get better.

Next time, Christine is infuriated over Kody and Robyn letting a nanny into their home. At the same time, the COVID rules are printed out and Robyn is in the hot seat. Don’t miss new episodes of Sister Wives Sundays on TLC.