Josh Duggar’s trial resumed on Monday, December 6 after a weekend-long break. Now, the former 19 Kids & Counting star is back in court. Surprisingly, more of his siblings have made an appearance and are sitting with his wife, Anna Duggar, in court.

For those who don’t know, Josh is currently in the midst of a child pornography trial. He was arrested in April for receiving and possessing the disgusting content. He claims he’s not guilty, but the trial is now underway, and new details are surfacing. 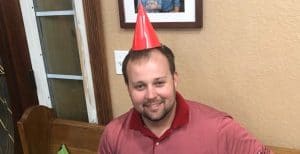 During the trial, Bobye Holt, a friend of the Duggars, testified about Josh’s molestations. When Josh molested several of his sisters as a teen, he admitted it to Bobye. So, she shared all of the details in court on Monday. Though Josh can no longer go to prison for the molestations, they may be used to show Josh’s motive.

Since Josh’s trial began, fans have wondered why his family has been showing up in court. Some speculate that they want to get the true story about the molestations and about Josh’s alleged crime.

It’s also possible that Josh’s siblings are there to support him. There’s no way to know for sure why they are there. As the trial continues, more family members have been sitting by Anna’s side to see what’s happening in court. The Sun reports that the family all seems cordial and friendly with each other.

According to The Sun, several new faces appeared in court on Monday, December 6. Previously, the family members in court included:

But now, a few other family members have joined them. On Monday, Jessa Seewald and James and Jason Duggar were in court. It looks like Laura DeMasie, a family friend, might have been there as well, but it hasn’t been confirmed.

The Sun reports that Jessa was in “high spirits.” The source also says that Joy-Anna and her brother Josh had a brief conversation.

Duggar family critics have posted the pictures on Reddit and are discussing the family’s appearance at the trial. Critics believe that Joy-Anna and Austin look “exhausted” and “heartbroken” in the photos taken of them.

So, are you surprised to see so many more Duggars in court? Do you think they are there for the facts or to support Josh? Let us know your thoughts in the comments section below. For more news about Josh Duggar’s trial, come back to TV Shows Ace.