What Is Reba McEntire’s Christmas In Tune About?

It’s A Wonderful Lifetime presents Reba McEntire’s Christmas In Tune. What is this movie about? According to The Futon Critic, years after their personal and professional breakup, the singing duo of Georgia (McEntire) and Joe Winter (Schneider) agree to reunite. This was after their daughter, Belle (King), asks them to participate in a Christmas charity concert.

However, they soon find themselves getting back in tune on stage and off. 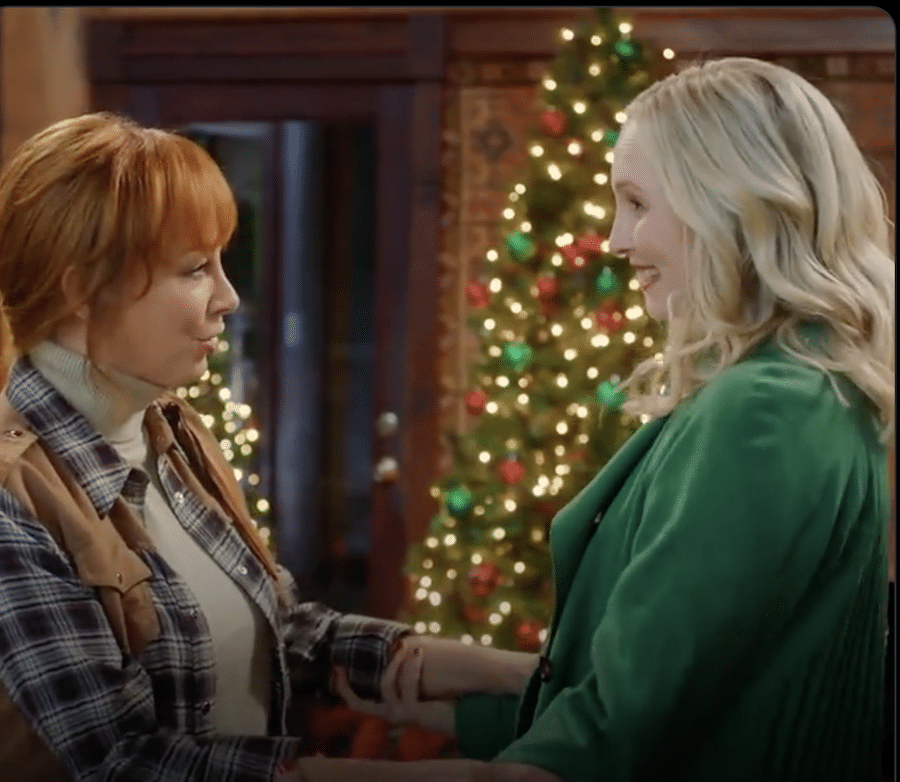 Reba Shares Why She Loves Music Over The Holidays

A Lifetime Christmas movie makes a lot of sense to Reba. Speaking to KGET, she shared her feelings about music and the holidays. “Music goes a long way with getting everybody in the holiday mood, and it’s also given us a chance to reflect on the year that we’ve had, all the wonderful things that have happened and our many blessings, and we remember the reason for the season.”

In addition to enjoying what music can do over the holidays, McEntire also enjoys being part of the holiday movies because of the music. This is one big circle of happy, and she contends, “So, I love to be a part of television during the Christmas holidays.”

‘Tis the season for Christmas music, movies, and love stories! Don't miss the premiere of my movie Reba McEntire's #ChristmasInTune November 26th at 8/7c, only on @lifetimetv ❤️🎄✨ #ItsAWonderfulLifetime pic.twitter.com/dPEyee80s9

What was realistic about Reba McEntire’s Christmas In Tune was that prior to filming, they heard and worked on the music for the film. When they got on set, they performed that same music. John Schneider confirmed that this all felt so natural. “So we really kind of had the opportunity to do everything that in the music world we’d been doing for decades, dare I say it, and it was so wonderful to sing with Reba.”

Moreover, Schneider had never sung with Reba before. He admitted even more:

“This is actually the biggest musical production that I’ve ever done on camera.  So I very much looked forward to it.  It didn’t scare me.  It kind of wrapped itself around me like a warm, Christmas blanket.”

However, blankets were the last thing either wanted. They filmed this Lifetime movie in the middle of summer, in the hot Nashville sun. But the warmth they are radiating is certainly the Christmas spirit.

Be sure to watch Reba McEntire’s Christmas In Tune on Friday, November 26, at 8 p.m., on Lifetime.