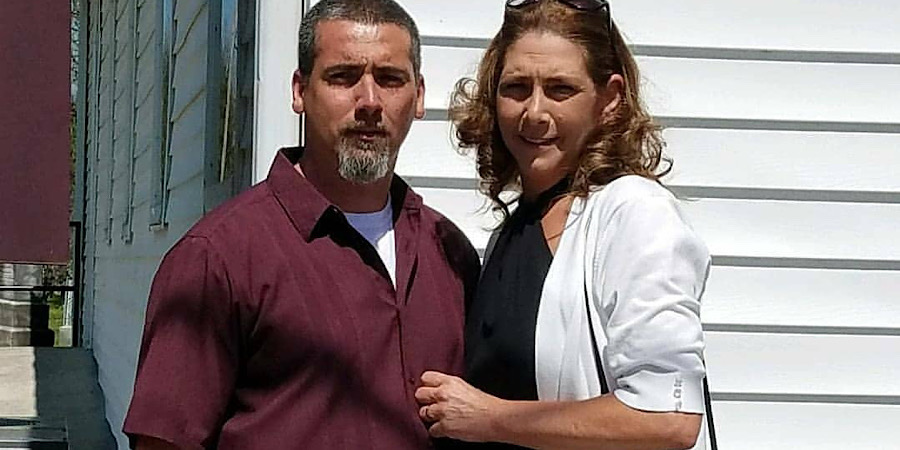 As of the summer, Love After Lockup couple Anissa and Jeff Wombles were doing great. The two shared an Instagram and Facebook account. They would give tributes to one another and updates to fans. It appeared they were very happy with Jeff even starting a GoFundMe to get new teeth. Now it seems the fantasy has all but crumbled.

When Anissa first saw inmate Jeff, it was love at first sight. She sent him a lot of money to be able to survive behind bars. He, in return, promised to come straight to her twice when he was released. Unfortunately, he stood her up both times. However, she still gave him a third chance which lasted a total of eleven years. When he was finally released for good, Anissa showed up and Jeff did not get off of the bus.

Finally, he showed up and she was thrilled. He did have to be at the halfway house very quickly after his return home. They were able to spend some time together but he was always asking for money and using Anissa’s credit cards. He spent a lot of money on the internet, buying drones and such. Her best friend, Kyle was very protective of her. He could sense something was off with Jeff yet she was so in love, nothing mattered. She had even bought a wedding dress.

The situation got worse when Jeff confessed he had an eighteen-year-old son he learned about in prison. He had yet to tell Anissa but told Kyle as a test. If he kept that secret, he knew Kyle could be trusted. Because Kyle loved and cared for his bestie so much, he spilled the beans and a fight ensued. The last post on their joint Instagram was that Jeff was set to be released from the halfway house. Now, it does not seem to matter because their relationship has taken a turn.

He has posed with his shiny new teeth which he had been hoping for so one who followed asked if this was a joke. Maybe revenge as Anissa has cut him off financially? He clapped back saying he would never joke about such a thing. “I owe no one nothing and ain’t scared of death so there’s no reason for me to lie,” clarified Jeff.

He did not waste any time reaching out to fellow Love After Lockup castmate, Rachel Marie. She was married to Dougie and quickly became a fan favorite. Jeff thanked her and some followers felt they should pursue something. Maybe he should just pump the brakes for a bit.

Do you believe Jeff’s accusations or do you think it’s retaliation? Let us know in the comments.