Ashley Iaconetti is taking a stand about drinking coffee while pregnant

The glowing Bachelor in Paradise alum is pregnant with her first child with husband Jared Haibon. Fans have been wondering how she’s doing because she’s not been sharing a ton of photos lately. That changed and her baby bump has popped! Ashley looks gorgeous with her growing bump.

While her bump is growing Ashley Iaconetti is not giving up on caffeine either. In a new Instagram post, Ashley shared that her doctor said a cup of coffee a day is fine so she’s taking full advantage of it. 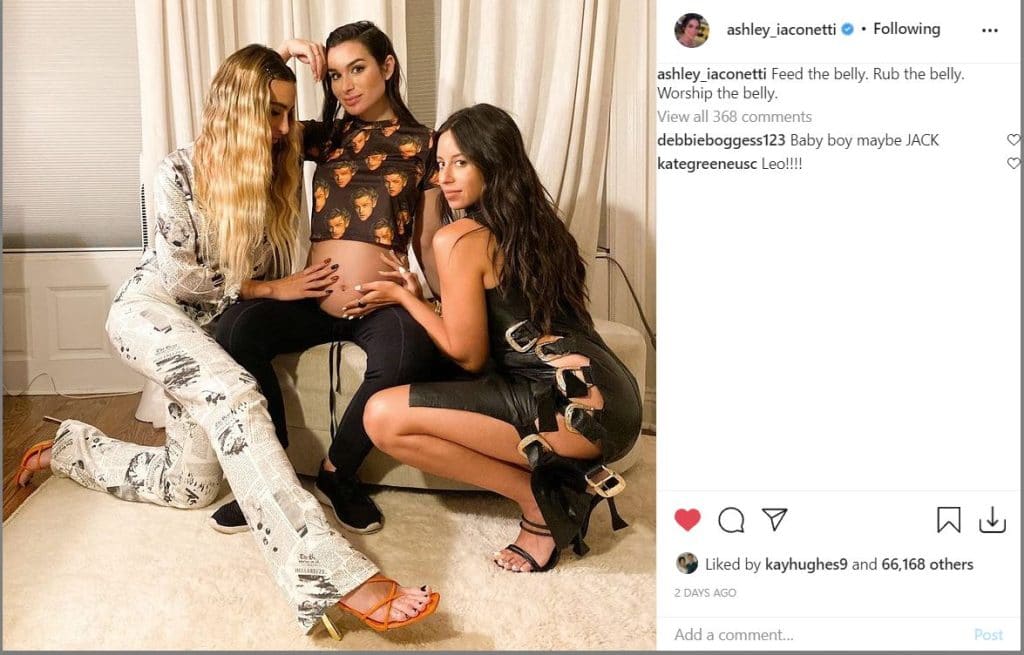 She said,  “I get the most out of my one cup of coffee a day with @bulletproof’s grass-fed butter and MCT Coffee Creamer which works with coffee’s natural caffeine to give you sustained energy and it has a really great, creamy flavor. No sugar, artificial fillers, or junk. I know some ladies avoid coffee during their pregnancy, but hey, if the doctor says I can have a cup a day, I’m taking advantage! #bulletproofcoffee #bulletproofpartner.”

Her fans almost fully stood beside her. They commented telling her how beautiful she looks. Another said to go ahead and have two cups. 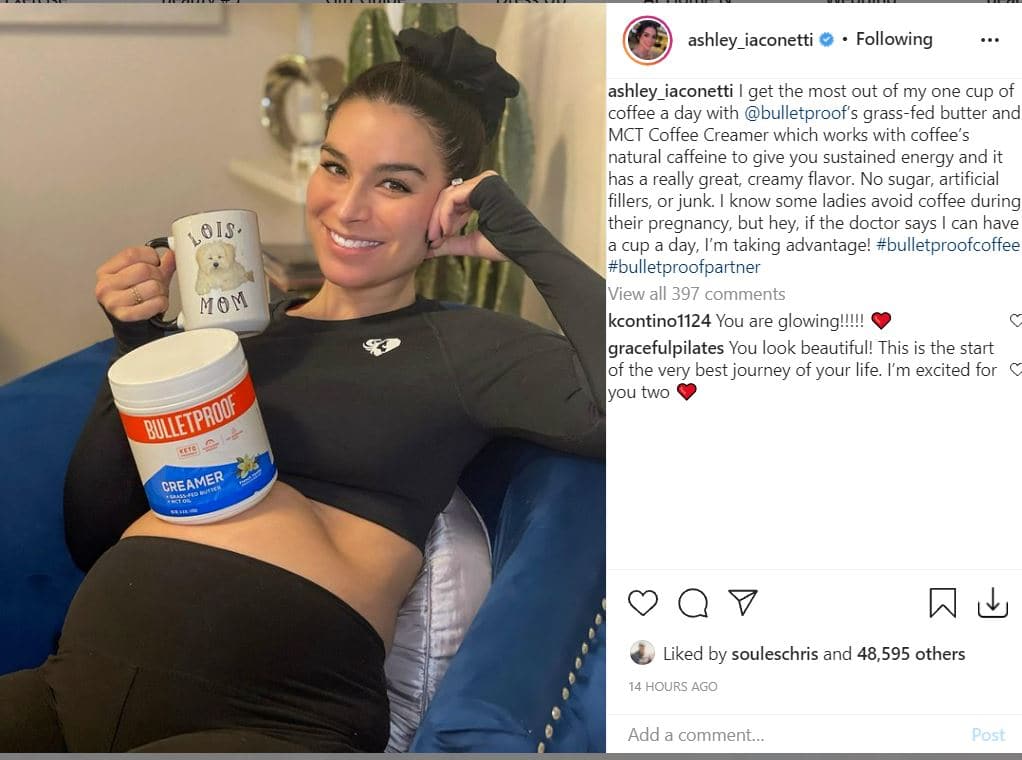 They are expecting their baby in 2022

Ashley said baby Haibon is due February 10. She and Jared announced to the world they are having a son. However, they are keeping his name under wraps until he’s born. There have been numerous theories about what it could be. Many have guessed Jack, Dawson, Jonas, and Leo. It will be interesting to see what she’s chosen.

In the meantime, she and Jared just released a funny TikTok about pregnancy cravings. The video can be seen below. Fans are excited to continue to follow Ashley and Jared on their pregnancy journey. They can’t wait to see their son and watch him grow.

Ashley and Jared share tons with fans on social media. Plus, fans adore them. They are on of the most popular couples from the franchise.

Stay tuned for more updates on Ashley and Jared and their growing son. Their baby will be here before everyone knows it!