Bringing Up Bates stars Carlin Stewart and Josie Balka are clearly doing their own thing when it comes to raising their daughters. As fans know, the Bates family follows specific modesty standards. The girls still living at home wear skirts or dresses. They don’t wear revealing clothing. But, as the kids have moved out and started their own families, they’ve begun doing things differently.

Many of the Bates women, including Carlin and Josie, have started wearing trendier clothing. They still dress modestly, but they may wear tighter clothing, lower cut tops, and jeans. Fans applaud them for this and think it’s awesome that they making their own choices for themselves. They also love seeing the fun outfits they put together.

Something else the women are doing differently now that they’re married and have become mothers is letting their kids dress outside of the family’s modesty guidelines. Both Carlin and Josie have been showing off their kids’ styles online, and they aren’t necessarily wearing what Kelly and Gil would have dressed them in growing up.

Carlin Stewart and Josie Balka show off their kids’ fashion. 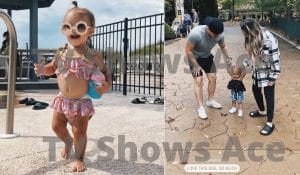 Josie and her husband Kelton share two daughters, Willow, 2, and Hazel, 4 months. Both girls wore bikinis during a recent trip to the beach. This comes as a surprise, because the Bates kids have always worn more modest swimwear. 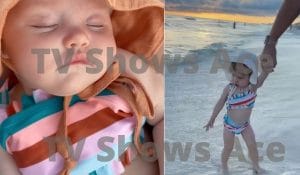 Fans are glad to see that Carlin and Josie are making their own decisions about their kids’ clothing. On Reddit, one user wonders why Carlin hasn’t tried wearing strapless tops or bikinis.

They have a possible explanation, writing, “I have a theory and I am sticking to it. She (and maybe some of the others) dress their children in clothes they would wear if purity culture was not hovering over their every other thought and identity.” Someone else thinks, “I wonder if Carlin feels uncomfortable dressing like that and wishes she had the confidence/courage to do it, so she’s raising Layla without that fear?”

In a discussion about Josie’s daughters’ swimsuits, one fan writes, “Its very strange that Josie would still be required to wear a skirt when filming the show but shes ok with ‘exposing’ so much of her daughters skin.”

So, what do you think of Carlin Stewart and Josie Balka’s decisions to dress their kids differently? Do you like that they’re doing their own thing? Let us know in the comments below.

For the latest updates about the Bringing Up Bates family, come back to TV Shows Ace.